The African Institute for Development Policy (AFIDEP) through the Platform for Dialogue and Action on Health Technologies in Africa (Health Tech Platform), will officially launch the Emerging Health Technologies Media Award of Excellence on 31 August 2022, to reward and celebrate African journalists who distinguish themselves reporting on novel areas of science and technology aimed at improving the health of the continent.

“The goal of the Health Tech Platform to promote open, informed and balanced discussions on the design and use of emerging health technologies in Africa cannot be achieved without the media’s active engagement in facilitating constructive discourse,” said Professor Richard Mukabana, Project Director of AFIDEP’s Health Tech Platform. “The Emerging Health Technologies Media Award of Excellence serves to boost the vital work of media practitioners across the continent reporting on innovations that could radically change lives.”

The event will be co-hosted with ScienceAfrica, a media house specializing in health and science journalism and communication.

According to ScienceAfrica, emerging health technologies include gene editing, specifically gene drives for malaria control and elimination; drones for improved health; artificial intelligence; and micro-grids for healthcare, among others.

African journalists are invited to submit original print, radio and television features written or produced between 1 October 2021 and 31 October 2022. The winners will be announced at an event in December 2022, where they would all discuss their entries and the unique nature of health technology reporting on the continent. 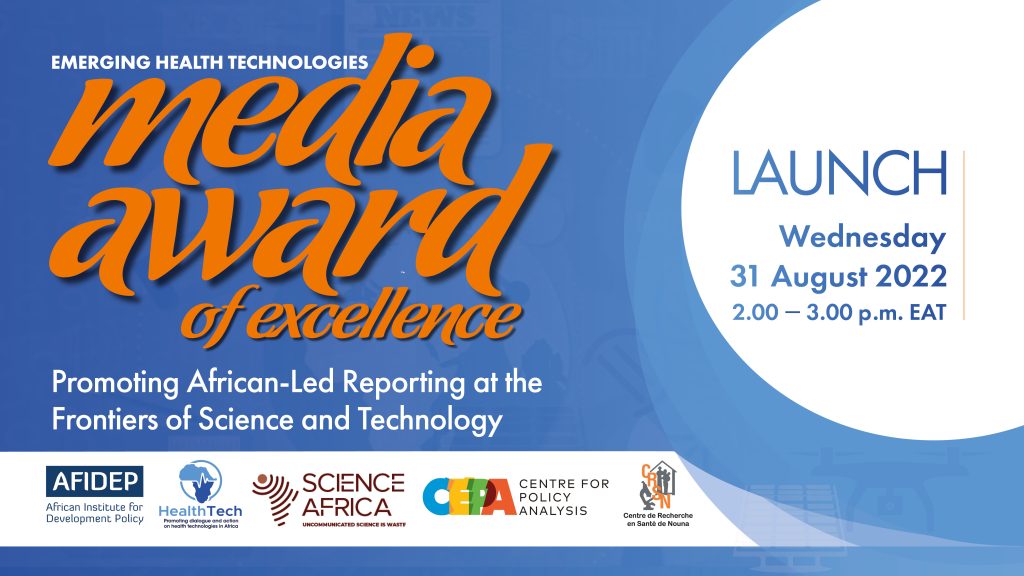