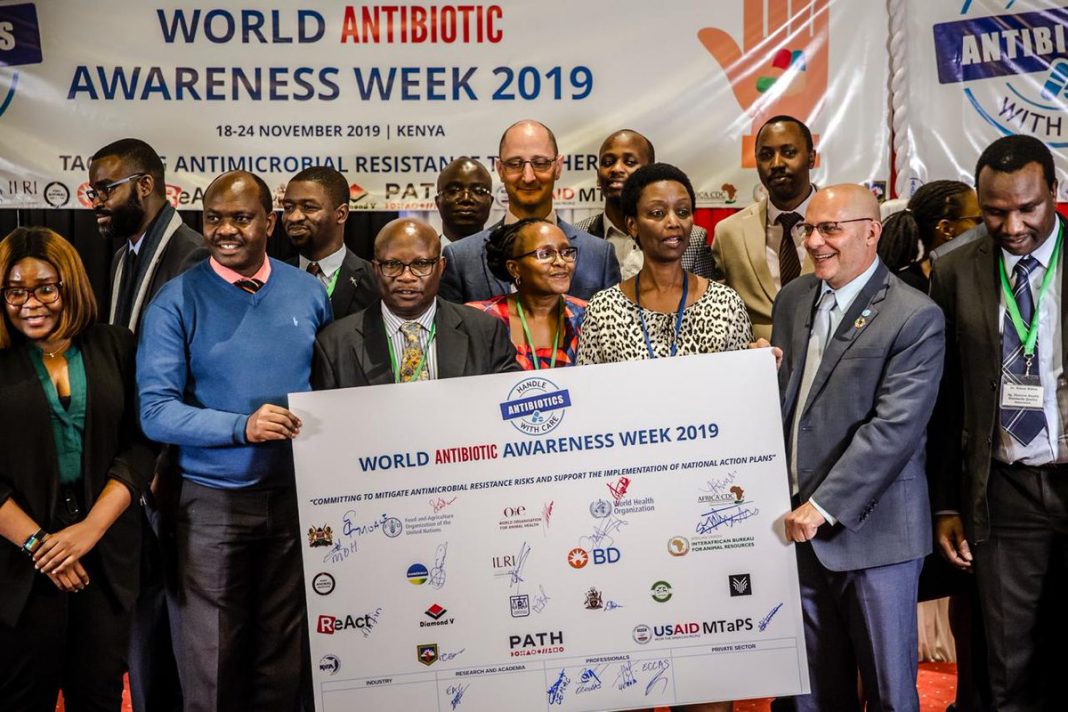 The level of resistance to common antibiotics is increasing with common bacteria which cause urinary tract infections, diarrhea, wound infections which can lead to sepsis, and pneumonia among other things, becoming resistant to frequently available and prescribed antibiotics.

The O’Neil Report estimates that by 2050, almost half of the population dying annually from antimicrobial resistance (AMR), will be Africans at 4.1 million.

Despite AMR being one of the biggest and complex threats to global health and development today, Africa lacks adequate data to clearly grasp the scope and scale of the problem. Currently, about 19 African countries have enrolled into the global AMR surveillance system.

“More than 40 % of countries do not have reliable data for surveillance,” noted Dr. Laetitia Gahimbare, Technical officer-Antimicrobial resistance, WHO Africa region during the official opening of the WAAW 2019 in Nairobi, Kenya.

She also notes that the non-existence of microbiology labs is still an issue in some countries, and weak regulatory systems which make antibiotics easily accessible worsen the AMR situation in the region.

Dr. John Oppong-Otoo, Food Safety Officer for African Union said that there is a strong need for investment with regards to strengthening regulations and building human and institutional capacities.

“To embark on any one health activity and to better co-ordinate there is a strong need for investment,” he said. “Investment with regards to building stronger regulatory systems to avoid circulation of substandard and falsified antimicrobials whilst at the same time promoting good quality medicine would be critical.”

He also added that investment would be useful in building laboratories and diagnostic capacities as well as enhancing the surveillance component and research.

Despite some countries still not having AMR national plans, some that have, have not been able to implement it due to financial difficulties.

In line with the resolution made at the 68th World Health Assembly in 2015, where delegates including from African countries endorsed a resolution which urged them to come up with national plans against AMR and mobilize additional resources for its implementation, Yewande Alimi, Antimicrobial Resistance Program Coordinator for Africa Centre for Disease Control (CDC) urged governments to commit a certain amount to support the implementation of the national plans on AMR through domestic financing and universal health coverage.

Kenya: Undernutrition, Food Insecurity Cause for Concern in Bungoma County