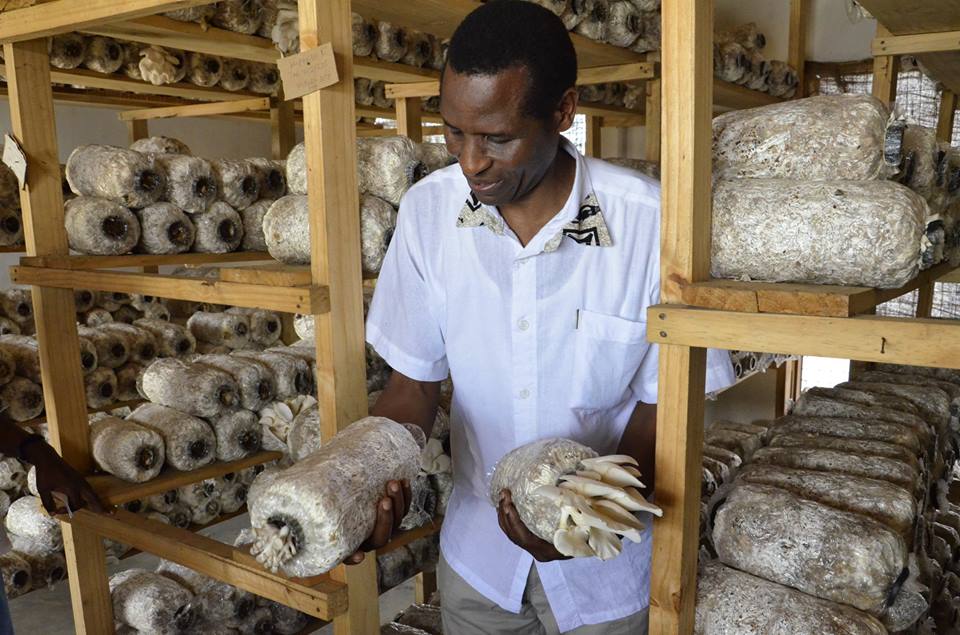 Despite Africa being responsible for only around three per cent of global carbon dioxide emissions, experts predict that it will be hit hardest by climate change.

Already, the continent is experiencing the negative impacts of climate change including unpredictable rainfall patterns resulting in droughts and floods, sinking of coastal islands, extreme heat events among others.

The United Nations Environment Program (UNEP) suggests that adaptation is crucial for African countries to reduce their vulnerability and remain resilient to impacts of climate change.

UNEP recommends ecosystem-based solutions as one of the strategies for adapting to climate change to protect vulnerable communities from extreme weather while simultaneously providing a variety of ecological benefits including mitigating emissions that transpire from habitat loss and ecosystem degradation.

BioInnovate Africa, a regional science and innovation-driven initiative is using biodiversity and ecosystem services to help people adapt to the adverse effects of climate change.

The initiative is supported by the Swedish International Development Cooperation Agency (Sida) and implemented by the International Centre of Insect Physiology and Ecology (icipe) in Nairobi, Kenya.

One of the innovations under this initiative is the development of integrated waste treatment technologies that combine pollution reduction, energy and nutrient recovery from agro-industrial wastes.

BioInnovate Africa notes that the current conventional agro-processing waste water treatment systems in the region tend to separately focus on reducing pollution load or bio-gas production. They do not integrate pollution reduction, energy and nutrient recovery from agro-processed waste water to contribute to the ever-increasing energy demands but at the same time reduce GHG emissions.

Thus, the initiative has committed to developing and testing technologies that integrate biogas production and water and nutrient recycling from the agro-processing industries.

In Uganda, BioInnovate has completed initial testing of the pilot digester system receiving slaughterhouse wastewater at the Kampala City abattoir and quantity and quality of biogas currently stands at 8-13 m3/day and 61% methane, respectively. Process performance optimization is ongoing.

In Tanzania, there is construction of the integrated wastewater treatment facility for treating wastewater from the banana brewery as well as producing biogas, bio-fertilizer and clean water for reuse. The project is complete and process performance optimization is ongoing.

In Ethiopia, preliminary data from the pilot scale of two stage anaerobic-aerobic digester and constructed wetlands system for treating tannery wastewater and producing biogas and clean water for reuse has been completed and process performance optimization is on-going.

Intellectual property audit and full techno-economic feasibility analysis as well as a business plan have been developed for the three technologies to guide the scaling up and roll-out of these innovative technologies.

The initiative has initiated search for innovative funding mechanisms for scaling up and delivering these innovative waste water treatment solutions to prevent a pollution catastrophe in eastern Africa.

The Eastern Africa region generates huge amounts of agro-waste from agricultural activities that are typically underutilized, untreated and in most cases disposed-off in environmentally unfriendly manner consequently, contributing to the emission of greenhouse gases (GHG) hence causing climate change.

In sisal and coffee,  the initiative notes that only two percent of the sisal plant is converted to sisal fiber with the rest of the plant considered waste, whereas 99% of the biomass generated by the coffee plant is discarded at various stages of processing from harvest to consumption.

With regards to this, BioInnovate has also come up with an integrated approach that combines the production of edible mushrooms, bio-gas and bio-fertilizer from sisal and coffee wastes. The project is being undertaken in collaboration with industrial partners in Kenya, Ethiopia and Tanzania.

So far, auditing and characterization of sisal and coffee waste have been completed and, the process and protocol for oyster mushroom production from saline sisal decortication (removal of the outer covering), sisal boles and coffee processing waste has also been developed.

Additionally, process and protocols for biogas production from spent mushroom substrates of coffee and sisal post-harvest waste have been developed. Also, Kenya’s environmental regulatory authority has already issued a license for approval of the waste treatment pilot.

Coffee industries especially those located along water catchment areas such as rivers and towns remain a serious threat to the environment because of disposal of coffee pulp, husks, and effluent.

However, this technology uses earthworms to convert these organic wastes into nutrient-rich compost that offers a more affordable bio-fertilizer as an alternative to chemical fertilizers; and affordable feed for poultry and enhances productivity, improved soil fertility, nutritional and food security, thus minimizing the waste burden on the environment.

The initiative is also committed to commercialize a renewable biofuel known as ‘bio-alkanol gel’, in order to minimize reliance on wood-based fuel and paraffin.

The bio-alkanol gel is a thick liquid fuel made from fruit waste and other bio-based additives and binders. It burns with a clear flame without smoke or soot and is comparable in terms of cooking efficiency to gaseous cooking fuel such as Liquid Petroleum Gas. In addition, the gel works with existing fabricated stoves such as moto poa and moto safi stoves.

The project targets the eastern African region with a major focus on the Lake Victoria basin as it is characterized by high rates of deforestation.

BioInnovate Africa notes that only 6% of rural households around the lake basin rely on modern fuels with the majority predominantly using solid fuel such as charcoal and firewood for their primary cooking needs. As a result, this increases the risk of degradation of the catchment areas of Lake Victoria.

Apart from serving as a bio-fuel, the bio-alkanol gel has the potential to repel mosquitoes that cause malaria.

BioInnovate Africa intends to establish an enterprise through which the gel will be commercially produced, and sustainable business models developed to scale up the product to benefit rural household communities in the Lake Victoria basin, youth and women among others.

Over the years, the Eastern Africa canning industry has relied on one particular bean variety named Mexican 142 which has succumbed to diseases such as rust, angular leaf spot, bacterial blight and recent frequent drought conditions. As a result, it has become uneconomical to farm this variety in the region particularly Kenya thus many farmers have abandoned its production.

Therefore, the initiative is committed to developing and commercializing canning bean varieties that are drought tolerant and disease resistance from available germplasm in the region.

So far, BioInnovate Africa has developed fifteen new bean lines of five market classes that meet the industry standards and possess good resistance to the major diseases, are drought tolerant and give good yields under farmers’ conditions in Kenya and Ethiopia.

These new cultivars have undergone the first round of regulatory validation in the respective seed regulatory bodies in Kenya and Ethiopia as a prerequisite to commercialization. A canning bean innovation platform has also been established in the region.

BioInnovate Africa reveals that the next phase of this project will primarily focus on activities leading to dissemination, adoption and commercialization of the new varieties through respective regulatory bodies in Ethiopia, Kenya, Uganda and Burundi.

The initiative has improved seed systems of appropriate varieties of cassava, potato and sweet potatoes which can provide food security and build resilience to climate change in the sub-Saharan Africa region.

“These crops have common productivity challenges and key among them is the lack of an efficient seed system to deliver, to the smallholder farmers, clean planting materials that are drought and disease resistant and adaptable to specific agro-ecological zones,” Bioinnovate notes.

It is also working to deliver sorghum and finger millet technologies that minimize the effects of climate change, raise productivity and increase income through development-oriented research and innovation activities in eastern Africa

In terms of nutrition benefits, the grains are said to be equal or superior to other staple cereals as they are a good source of quality protein and various minerals.

However, the yields of sorghum and finger millet remain very low, partly due to the low research investment to address present productivity challenges including climate change compared to other mainstream crops.

BioInnovate Africa is also working towards promoting post-harvest disinfection of horticultural crops in Kenya and Uganda through a sustainable, non-toxic and affordable approach that only uses heat. This technology involves use of heat regulated post-harvest treatment, which includes, vapor heat (VH), forced hot air (FHA), and hot water immersion (HWI).

One of the requirements by many importing countries is that fresh produce be subjected to post-harvest dis-infestation quarantine treatment, to reduce the risk of introducing unwanted pests.

However, some of these fumigants have been banned in many countries as they are toxic to humans, and contribute to depletion of the ozone layer. Other treatment technologies, such as controlled atmosphere storage, are cost intensive

Therefore, the initiative has pledged to introduce heat regulated post-harvest treatment approach, particularly hot water immersion as it is easier to implement, monitoring of water temperature is more accurate, and it is done within a short time.

In addition, it has been found to enhance tolerance of treated produce to cold temperatures, and prolong their shelf life. It also delays ripening of produce and eliminates other microbes that hasten product deterioration, thus improving post-harvest quality. 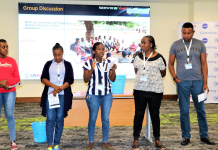