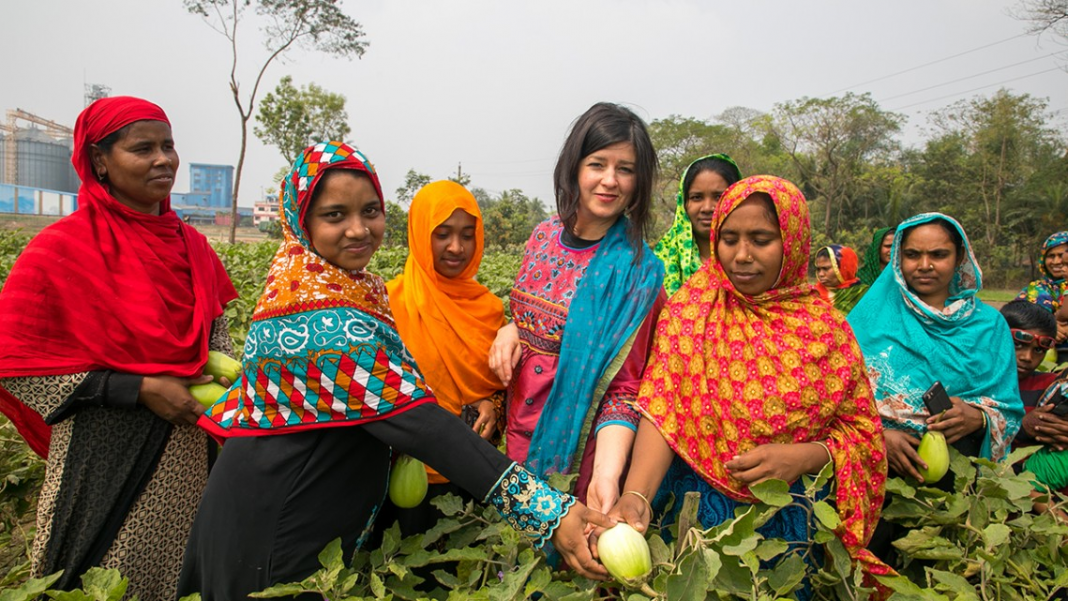 The Founding Director of Cornell Alliance for Science, Dr. Sarah Evanega, has won the 2021 Borlaug CAST Communication Award, which is presented annually for outstanding achievement in the agricultural, environmental, or food sectors for contributing to the advancement of science in the public policy arena.

Dr. Evanega- a research professor in the Department of Global Development with a joint appointment in the School of Integrative Plant Science in the College of Agriculture at Cornell University- is an adjunct faculty member at the Boyce Thompson Institute. She has been described as a pioneer, international leader, and icon of young science communication professionals.

Dr. Evanega received her Ph.D. in Plant Biology from Cornell University in 2009. She now teaches courses on agricultural biotechnology at the graduate and undergraduate level and is part of an interdisciplinary team that developed a massive open online course (MOOC) on the science and politics of GMOs on Cornell’s EdX platform. She was instrumental in launching the College of Agriculture and Life Sciences initiative, AWARE (Advancing Women in Agriculture through Research and Education), which promotes women in agriculture.

Dr.Evanega has been recognized for her leadership envisioning the innovative global communications platform that she leads. The Alliance for Science is a global initiative with an international network of science allies. The Alliance has trained 800 people in 50 countries with innovative, progressive tools for communicating effectively about agricultural science.

Since its founding in 2014, the Alliance has become a credible source for information on biotechnology, as well as the misinformation that accompanies that topic and other science issues, such as vaccines, COVID-19, and climate change. Evanega’s efforts have been especially significant in creating a global platform that allows others to speak up in support of access to agricultural technologies.

As part of her work with the Alliance, Dr.Evanega has launched an imaginative outreach tool, the “Modified” food truck, which will travel across the country to deliver compelling, science-based information about genetically modified foods as well as edible samples. The “ModSquad” team, a group of science communicators, will engage with people about science and its role in combatting climate change and food insecurity—in other words, solving some of the biggest problems facing humanity now and into the future.

Since 2014, Dr. Evanega has raised millions of dollars in grants, including sizable ones to support the Cornell Alliance for Science. She has also received a multitude of awards and honors for her research and communication skills. Evanega has been active in initiatives to support and advance women in science and she is involved with the following professional organizations: American Society of Agronomy, Association for Women in Science, Council for Agricultural Science and Technology, American Association for the Advancement of Science, and the American Society of Plant Biologists. With her ability to communicate on a variety of issues facing science, agriculture, and technology, she is a worthy recipient of the 2021 Borlaug CAST Communication Award.

An award presentation will occur during World Food Prize Symposium week in October 2021. The Farm Journal Foundation is the 2021 sponsor of this award. The Borlaug CAST Communication Award honors the legacies of Nobel Prize winner Dr. Norman Borlaug and Dr. Charles A. Black, the first president of CAST.