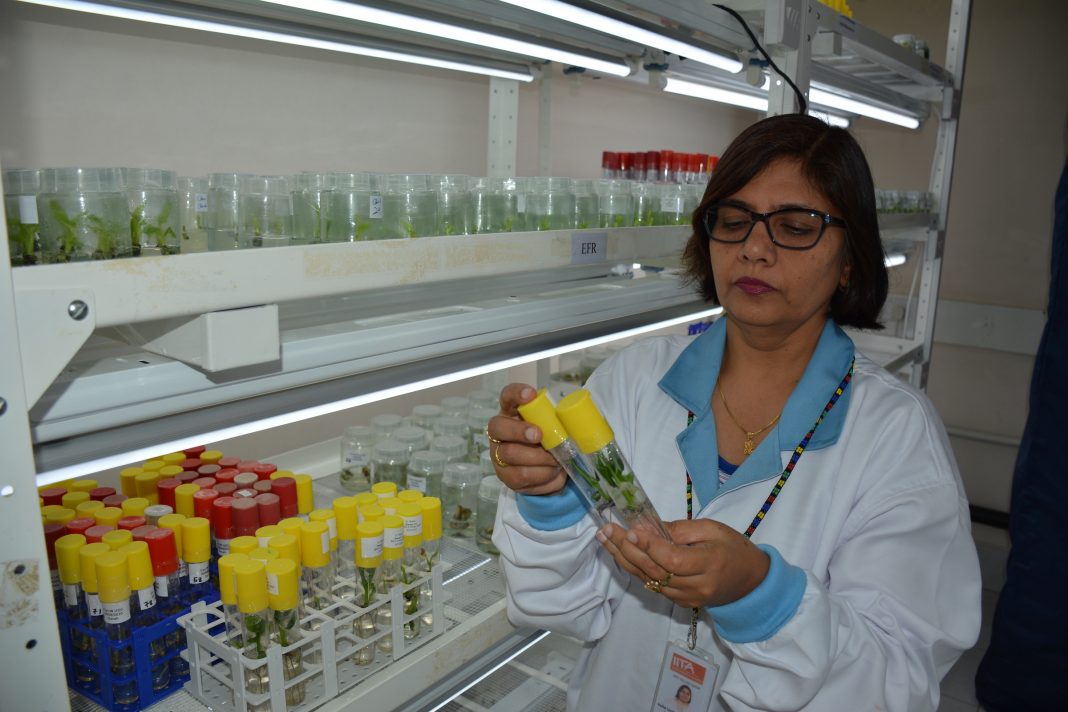 Though breeding programs using genome editing remain in their infancy on the African continent, public research institutions are leading the effort to utilize the technology to curb persistent agricultural production challenges.

The genome editing tool known as CRISPR in particular has the potential to put biotechnology capabilities into the hands of public sector researchers and small farms, addressing problems associated with plant diseases and climate resiliency.

A new study by International Institute of Tropical Agriculture (IITA) scientists in Nairobi, Kenya, shows recent advances in CRISPR can accelerate banana improvement. IITA has developed its own CRISPR/Cas9-editing system to start developing disease-resistant banana, according to a study published recently in the Plant Biotechnology Journal.

The study demonstrates that CRISPR/Cas9 is a key tool for crop improvement by conferring plants with an important trait — disease resistance. It also confirms the availability of expertise and skills to apply genome editing to crop improvement in Kenya.

Banana production is severely constrained by many pathogens and pests, which often co-exist, worsening the problem of crop loss. The use of disease-resistant banana varieties is one of the most effective ways to mitigate the negative impacts of pathogens on banana production, researchers say.

The study comes as the urgent call to close the yield gap in staple crops and enhance food production to feed the world is gaining attention. Experts advise that the application of genome editing has the potential to improve agricultural productivity, boosting food security.

‘‘In Africa, the emphasis should be on banana rather than on cereals, unlike other parts of the world, as it is one of the main crops used for staple food and generation of income,’’ says IITA’s Dr. Leena Tripathi, senior author of the paper.

“Moreover, investment in the genetic improvement of banana holds excellent prospects for improving food security as these crops feed more people per unit area of production than other staple crops,” she adds.

“Policymakers should care about this study as it demonstrated the application of CRISPR/Cas9 for crop improvement with an important trait — disease resistance. Also, all the steps of this study were performed in Nairobi, demonstrating the local capacity to apply-genome editing.”

After establishing the genome-editing tool for banana, IITA researchers in the study focused on disease resistance, particularly banana xanthomonas wilt (BXW) disease. BXW is one of the most devastating diseases affecting banana production in East and Central Africa. All the cultivated banana varieties in those regions are susceptible to BXW disease.

Overall economic losses from BXW are estimated at US$2-8 billion over a decade. Therefore, the use of disease-resistant varieties is one of the most effective strategies to manage diseases and help farmers improve production.

This study explored whether knocking down specific susceptibility genes, such as downy mildew resistance 6 (DMR6), can provide resistance to BXW disease.

“We have proof of concept that knocking down MusaDMR6 in banana showed enhanced resistance to a critical disease, BXW, and did not show any detrimental effect on plant growth,” says Tripathi. “However, the performance of these banana mutants needs to be evaluated in field conditions.”

The researchers used genome editing to knock down the DMR6 Orthologue gene in banana to develop resistance to BXW disease. The study found out that there are multiple DMR6 Orthologues in banana.

‘‘The differential expression through qRT-PCR confirmed that expression of the Musa DMR6 gene is activated during pathogen-infection in the susceptible banana cultivar,’’ Tripathi notes.

As the effort to drive the adoption of biotechnology continues, it is apparent that additional investments are needed in genetic selection capabilities for new breeding techniques, such as those using CRISPR/Cas9.

To date, genome editing has been mostly applied to improve crop yield, plant quality and stress resistance. Scientists are increasingly turning their attention to its role in the development of disease-resistant food crop varieties, as evidenced by the IITA study on BXW disease.

The study was supported by CGIAR’s program for roots, tubers and bananas (RTB) crops. Bananas are lumped together with roots and tubers in part due to the way they are grown and also because of their key role as perishable staples in many developing countries. Across the humid tropics of Africa, RTB crops are the principal staples, supplying 25-57 percent of calories and diet.

RTB crops are all vegetatively produced from bulky and perishable planting material. This creates common challenges for seed production and distribution, as well as severe challenges from disease accumulation and its subsequent spread. RTB seed systems are mostly informal, with farmers sharing planting material from their fields, according to CGIAR.

Roots, tubers and bananas enhance food system resilience because they often have key traits that enable them to survive shifting weather patterns, including droughts and flooding.

They can also handle adverse soil conditions like salinity and water-logging, as well as catastrophic events such as tropical storms, because roots and tubers are buried safely underground. Therefore, they become strategic crops to support rural livelihoods even in challenging climate and environmental conditions.