Nairobi’s famed reporter-editor-speaker-mentor-founder says Africa needs science journalism more than any other continent. Learn how our July Member-of-the-Month is making that happen — using “all the Ws” of traditional journalism, a deep understanding of the community he’s covering, and “ears and eyes” for on-the-ground solutions.

Julia Hotz: My SJN colleagues have described you as one of the most well-known journalism figures in Kenya. Tell me about how you got into journalism in the first place. When you were growing up, did you want to become a journalist?

Otula Owuor: Yes, I did. I was always interested in writing, but also in what people do and how they live. I had two friends who were journalists who were slightly older than me. One of them would always tell me, “If you want to become a journalist, study mass communication,” so I studied mass communication. Then I had another friend in Uganda who was a refugee. In those days you didn’t go to a refugee camp, but we were with him and he was a journalist. He made me take a lot of interest in journalism.

JH: Do you remember the very first story you worked on?

OO: Yes, I remember I was working for one of the leading dailies, the Daily Nation, and I was sent to go cover an annual hospital meeting. The media never used to write health and science stories — they never wanted to cover what doctors and scientists discussed. So, at first, the doctors didn’t expect journalists to stay in their discussions, and quite a number actually wanted to throw me out. But then [the doctors and scientists] started liking it, and eventually, science journalism became my beat.

JH: Right, so much so that — in 2009 — you went on to found the premiere science-focused publication in your region: Science Africa. Tell me about the thought process that went into starting such a publication.

OO: First, there was no story in science. But Nairobi is home to international organizations, UN headquarters, and lots and lots of farmers. That’s where a lot of our readership comes from — people want to know the challenges of planting a crop, the successes, and the context of it all. So today we have seven interns that help research and report our stories.

JH: And how did you see solutions journalism playing into that science journalism framework?

OO: What scientists say is sometimes very different from what you see on the ground. Take food waste. It’s not just about scientists promoting their theories and ideas. Instead, I tell [the journalists I train] that people’s eyes and ears are the fourth estate. That’s how we see the changes in farming — how you can grow crops without big farms, how you can use hydroponics.

JH: Speaking of training journalists, you‘ve also been hailed an incredible community organizer— helping a robust cohort of scientists, newsrooms, and journalists learn from one another. What does it take to build and lead a community like that?

OO: I’d say the most important thing I’ve done is mentorship, and helping Science Africa serve as a virtual science newsroom for other journalists and communities interested in the subject matter. That helped us expand a lot of our links with other leaders, and we played a key role in bringing a number of things, like getting journalists and scientists to come from all over to attend joint meetings.

JH: And when you mentor or introduce people to science journalism, what advice do you give them?

OO: Above all, when we train, we just get journalists to take interest. A well-trained journalist interested in any issue will get it right because they will ask the right questions, and get to the answers. I also remind them that people these days want a complete story — something different from what they’d get on social media. They have to ask themselves: “What value will this add?”

JH: So how do you help those journalists tell a more complete story?

OO: We tell them that a good journalist with a complete story covers all the Ws from every angle. I also tell them that when they do stories on the work of NGOs, they have to be careful because the NGOs will show only the best examples. It may be that the organization has helped one or two villages, but if you move barely a kilometer from that place, people have nothing to eat. So journalists must be very careful.

And of course, we tell them to be sensitive to culture, socioeconomic opportunity, and education levels of readers. For solutions journalism particularly, you have to have a lot of understanding of the community you’re going to associate with, and in some cases, your approach must be very different [from typical journalism], or else you will not get that inside story.

JH: What’s been your proudest achievement, and how do you want to be remembered as a journalist?

OO: My interns. We’ve trained over 100 and many go on to be very successful science journalists. That to me is the most important thing I can say I’ve done. Whenever I go around, every other day I get calls from old interns saying “I’m doing this story.” Africa needs science more than any other continent, and I think the journalists of tomorrow have a duty to put extra efforts in science reporting.

Every month, the Solutions Journalism Network highlights a Member of the Month — a journalist doing, or supporting, excellent solutions-focused reporting. This month, they’re featuring Otula Owuor, veteran science journalist and founder of Science Africa. We talked to him about why Africa is embracing science journalism, what it takes to produce solutions-focused science pieces, and how he’s trained over one hundred journalists to do the same. 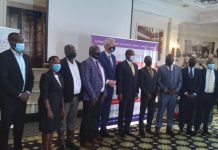 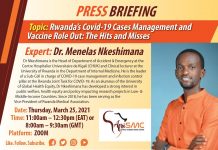