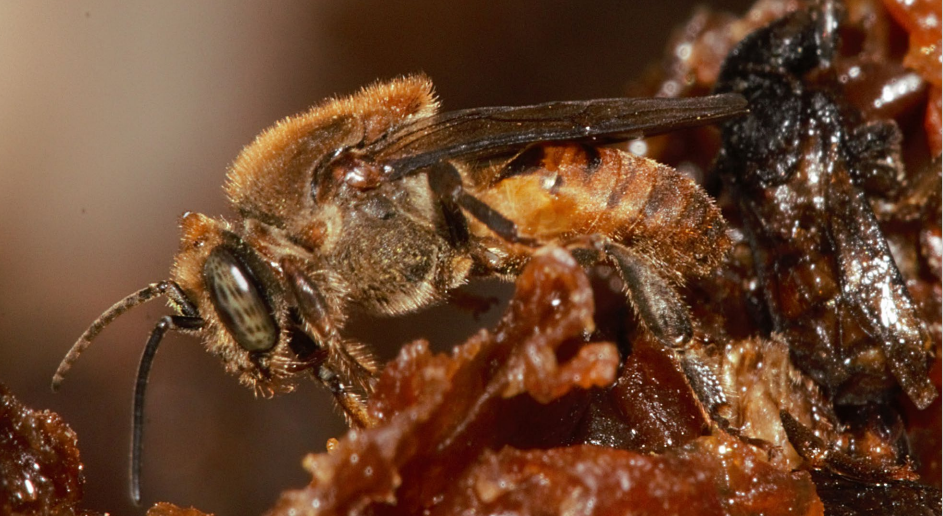 Climate change remains a serious environmental challenge that could undermine the drive for sustainable development. At the moment, its impacts are already being felt on ecosystems and livelihoods through intense droughts, water scarcity, severe fires, rising sea levels, flooding, among others.

According to the World Bank, vulnerability to climate change can be exacerbated by stresses like loss of biodiversity, damage to ecosystem services, and land degradation.

Nevertheless, enhanced protection and management of biological resources can mitigate these impacts and contribute to solutions as nations and communities strive to adapt to climate change.

The International Centre for Insect Physiology and Ecology (icipe) has been directly and indirectly contributing to maintain biodiversity and develop sustainable ways to use ecosystem services to increase livelihoods, health and food security across Africa, as well as adapt and mitigate climate change.

For instance, the research centre is involved in monitoring and increasing the understanding of insects, their biology and habitats, as a result, they have developed new tools and strategies to manage crop pests, such as the invasive fall armyworm, that are environment-friendly.

The icipe integrated pest management strategy affirms the mutual relationship between nature and food systems, and that it is possible to control crop pests and to increase yield without harming the earth.

The IPM approach includes control of pests using other organisms like predators and parasites; bio-pesticides and botanicals- substances made from plants; naturally derived attractants and repellents; and cultural practices like intercropping.

Regarding bio-pesticides, icipe has developed a range of bio-pesticides, providing farmers in Africa with effective and environmentally friendly alternatives for the management of the invasive and destructive fall armyworm.

Moreover, they are accessible, economically and technically feasible for smallholder farmers. In icipe’s 2021 newsletter, the organization noted that they have reached 253,082 farmers directly, and 52.5 million others through the secondary pathways.

For example, two of the biopesticides that had already been commercialized for the control of diverse pests, namely: Mazao Achieve® (ICIPE 78) and Mazao Tickoff® (ICIPE 7), were found to be effective against immature stages of the fall armyworm, and to work in synergy with the pest’s natural enemies.

The label extension of these bio-pesticides, which have now been branded as Achieve OD® and Detain®, respectively and are being up scaled for fall armyworm control.

In addition, the research centre has identified new and potent fungal strains that are effective against various life stages of the fall armyworm. The strains are a fascinating group that lives within plant tissues in a mutually beneficial relationship, without causing disease in their host plants.

At the moment, there are ongoing trials of these strains in Kenya, Uganda and Tanzania in partnership with regulatory agencies and private sector partners.

icipe is also building a wealth of knowledge on insect pollinators, like the African honeybees and stingless bees, to complete gaps on their threats and develop mitigation strategies; understand their efficiency on a variety of crop plants; their genetic diversity; as well as interaction with IPM strategies and other organisms in agricultural and natural habitats.

This is because these insects species are reportedly decreasing in number in an unprecedented way, mainly due to environmental and climate change and the expansion of food production to meet a growing global population. And yet, they are also part of the solution when it comes to building resilient agricultural production systems and maintaining healthy ecosystems and sustainable livelihoods.

The research centre, for instance, was part of a global team of pollination experts that reviewed the data and evidence for drivers of pollinator decline across six global regions. In this case, they found climate change among the drivers for regression in Africa as well as pesticide use and land cover configuration.

Also, research from icipe shows that the use of endemic stingless bee species for pollination may contribute to the conservation of the species in Africa.

icipe has also developed a climate-smart version of the push-pull technology that is enabling farmers to increasingly dry and hot regions to stabilize their cereal–livestock mixed production systems.

The push-pull technology involves intercropping cereals with a drought tolerant repellent and trap crops pest such as desmodium, which drives away or deters stem borers from the target food crop. The plant also has the capacity to recruit one of the fall armyworm’s natural enemies, a wasp known as Telenomus remusa.

Further, the push-pull technology improves soil conditions, leading to higher maize growth rate, and it enables the plants to produce compounds that defend it from the fall armyworm, thus reducing infestation and damage by the pest. It has been confirmed that farmers using the technology harvest around 2.5 times more than those not applying it

The centre notes that close to 110,000 farmers in Africa are currently using the push-pull technology. Of these farmers, 42,000 of them are applying a climate-smart version of push-pull, which has been developed over the past four years by icipe and partners in relation to the increasingly dry and hot conditions associated with climate change.

One of the centre’s study found that top soils in plots treated with black soldier fly frass fertilizer have more nitrogen, resulting in higher uptake of this essential mineral by crops, resulting in better yield.

The Food and Agriculture Organization of the United Nations (FAO) affirms that the impact of organic agriculture, for instance black soldier fly frass, on natural resources favors interactions within the agro-ecosystem that are vital for both agricultural production and nature conservation.

Therefore, the centre recommends increased efforts on awareness creation and evidence based demonstration on the benefits of black soldier fly larval-based feeds in poultry product.

AMR: Infrequent Use of Laboratory Diagnostics Likely Main Cause