The scientists observe that although the predominant African porridge cereals, like sorghum and finger millet, are rich in carbohydrates, they are extremely low in energy and nutrient densities.

This is partly because they contain anti–nutrient compounds that block the absorption of certain essential nutrients in the body.

Nelly Maiyo who was involved in the research as part of her MSc studies at icipe, while registered at the University of Nairobi, Kenya says this challenge was tackled from two angles.

“First, we fortified finger millet with high-quality nutrients from an edible African cricket known as Scapsipedus icipe; and the grain of amaranth, an indigenous vegetable that is widely grown across the continent,” Ms Maiyo explains.

icipe’s aim was to develop a nourishing product that is acceptable, appealing and accessible to a wide range of consumers. This goal has been achieved. Porridge, due to its wide availability, ease of preparation and popularity across the continent, is an ideal food for bio-fortification.

Moreover, the Centre has provided a model for harnessing indigenous resources in combination with scientifically validated processing methods, to address the malnutrition challenge, not just in Africa but in other low-and middle-income countries as well.

Icipe studies have shown that the cricket species is significantly rich in crude protein and fat, which, respectively, make up 57 percent and 36 percent of its dry body weight mass. The insect is also rich in essential amino acids, minerals and vitamins, with 88 percent of its nutrients being digestible by the human body.

On the other hand, amaranth which is often cultivated for leaves or grains, is known for its high levels of vitamin C and pro-Vitamin A, as well iron, zinc and calcium. Its grains are also rich in protein, lysine (an essential amino acid) and calcium.

The African continent is blessed with a rich diversity of food crops, most of which have received little or no attention in terms of research and development of policy frameworks that could promote their effective commercial and industrial utilization.

“Africa, and other developing regions, are endowed with a rich diversity of animals and plants, many of them underutilized. For example, insects have traditionally been consumed across the continent. They have superior nutrients that are digested equally well by our bodies. But until now, insects have not been aptly mainstreamed into food-to-food bio-fortification,” notes icipe Director General and CEO, Dr Segenet Kelemu.

Grain amaranth (Amaranthus spp.) and finger millets are also some of such neglected and underutilized species that could be used to produce porridge products to serve as important traditional beverages and complementary food for adults and children, respectively, of all ages in Africa.

Furthermore, studies have shown that regular consumption of amaranths has the potential to reduce cholesterol levels, benefit people suffering from hypertension and cardiovascular disease, improve liver functions, and prevent cancers.

The researchers also note that the use of edible insect meal to fortify porridge products has received limited research attention. Therefore, this new discovery will help achieve the Sustainable Development Goal (SDG) 2 of zero hunger championed by the United Nations, which aims at improving food and nutritional security.

This is because cricket consumption could be an immediate solution to many of the nutrient deficiency issues and could be both an inexpensive and effective option, especially in low- and middle- income countries.

The result of the icipe study is a flavour-full, fortified porridge flour that has twice as much protein, three to four times more crude fat and double the amount of iron and zinc.

Fatty acids have enormous health benefits, including preventing degenerative ailments and promoting brain development and proper immune functioning, hence when taken in during pregnancy and lactation,  reduces mortality and allergies in infants and improves their cognitive functions.

In Africa, malnutrition, including deficiencies of micronutrients – that is the vitamins and minerals that are essential for our bodies, like vitamin A, iron, zinc and iodine – is a serious health concern, especially in children and women as it contributes to about 45% of under-five child mortality.

Protein-energy malnutrition; the lack of enough calories or proteins in the body, is the most common form of malnutrition. Malnutrition leads to stunting, wasting and low weight in children.

When experienced in infancy and early childhood, the condition affects physical growth and cognitive behavior, leading to delays in mental and motor development, as well as increased morbidity and mortality.

Often, vitamin and mineral deficiencies have been addressed through mass nutrient supplementation programs. However, food-to-food fortification, that is using locally available foods to enrich staples and thus enhance nutrient intake, has been shown to be a far more sustainable and cost-effective strategy.

The projected growth in global population with the associated increase in food demands, especially in the African region, the scientists call for focusing and devoting more attention to the underutilized crop and animal species, which have great potential to influence and improve food security for African nations and promote sustainable rural growth and development. 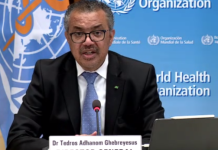