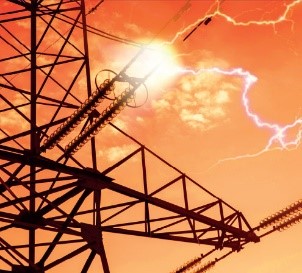 Despite progress in infrastructure financing in Africa, more funding is needed to fast-track the sector.

The Infrastructure Consortium for Africa (ICA) recently launched a report which shows that financing of infrastructure in Africa reached a new high of US$ 100.8 billion in 2018, an increase of 24 percent compared to 2017. However, the African Economic Outlook 2019 estimates Africa’s financing requirements as ranging from US$ 130 billion to US$ 170 billion.

The 65% and 33% increase in commitments over the previous 3-year average by China and African governments to US$ 25.7 billion and US$ 37.5 billion respectively; ICA’s US$ 20 billion and contribution by  other multilateral organizations  resulted to the large increase recorded in the 2018 infrastructure financing, the Infrastructure Financing Trends in Africa 2018 report reveals.

The report also finds that the increase was across all sectors with the energy sector being the biggest beneficiary at US$ 43.8 billion. It is followed by transport at US$ 32.5 billion, water at US$ 13.3 billion, information and communications technologies (ICT) at US$ 7.1 billion and multi-sector at US$ 4.1 billion respectively.

Notably, water and sanitation has the largest financing gap of all the sectors, based on annual financing needs of US$56- US$66 billion and a 2016-2018 average commitment of US$13 billion.

The transport sector also registered a significant financing gap of between US$4bn and US$16bn per year, despite increased commitments by China from US$3.4bn to US$6.6bn in 2018.

The report finds that to close the financing gap especially in the water and sanitation and transport sectors, private finance where the public sector retains responsibility for ownership and operation of the asset needs to be considered more seriously.

Though commitments to all regions increased in 2018, East Africa saw its commitments decrease by 10% (US$1.6 billion).

The report faults the decline on the sharp overall decrease in state spending ( US$2.4 billion) which affected every sector except multi-sector operations which increased by US$400 million, but most notably affected transport which decreased by US$2.4 billion.

There were also smaller decreases in ICA and non-ICA member commitments. The only offset came from the private sector which committed US$1.1 billion to the region, in transport, energy, and ICT.

The report notes that there is need to increase both public and private sector financing, strengthen governance and improve the quality of infrastructure services.

2021 International Campaign to End Violence against Women Kicks Off

WHO Approves Malaria Vaccine for Children