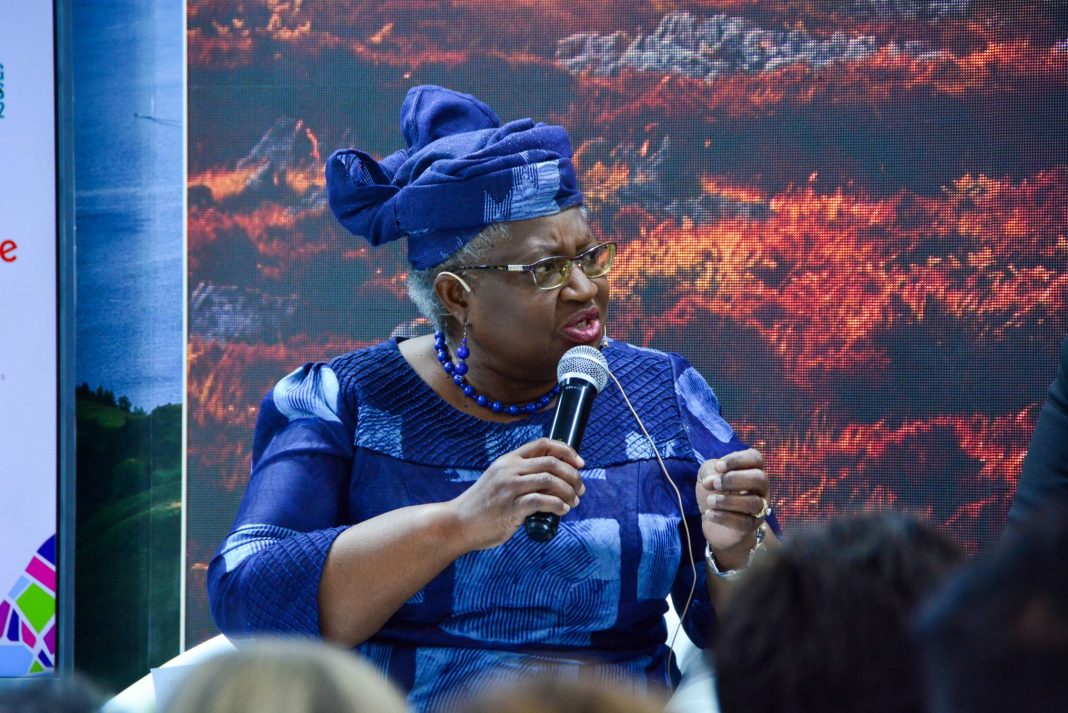 For countries to meet the Paris Agreement goal of limiting global warming to 1.5°C, the inclusion of trade in their national action plans is crucial.

Dr.  Ngozi Okonjo-Iweala, the Director-General of the World Trade Organization (WTO) said during a side event held by the organization at the 27th Conference of Parties (COP27) in Egypt.

“Trade is one of the missing parts of the puzzle for more ambitious and effective climate action,” she said, adding that trade which admittedly has a hand in spreading emissions, can be harnessed as a force multiplier for countries’ mitigation and adaptation efforts by reducing costs and increasing impacts.

Dr. Okonjo-Iweala noted that trade and trade policies can foster and accelerate the transition to a low–carbon economy, by providing access to and sparring innovation in low-carbon technologies such as clean energy.

According to a WTO simulation, eliminating trade barriers on selected energy-related environmental goods could boost exports by 5% by 2030. The resulting increases in energy efficiency and growth in renewable uptake would lead to a 0.6% net reduction in global carbon emissions.

Calling for cooperation among all global economies, Dr. Okonjo-Iweala cautioned against decoupling economies and creating separate trade blocks as it will impair the success of climate action.

“The fragmentation of supply chains into regional groupings and the reassuring of manufacturing risks delaying the transition to a green economy and making it far more costly,” she said.

“We also need cooperation with regards to the methodology and approaches used to disincentivize carbon emissions.”

Dr. Okonjo-Iweala noted that cooperation is also needed in the methodology and approaches used to disincentivize carbon emissions such as carbon pricing.  Without coordination and common approaches, she said, there are significant risks that fragmented measures could be seen leading to trade frictions.

Citing the floods in Pakistan and Nigeria as well as the drought in the Horn of Africa, she cautioned, “We simply cannot afford fragmentation so late in the game of climate change.”

The Director-General also urged world leaders to join WTO in laying out a trade roadmap for a just and ambitious response to climate change. This road map includes different trade actions that countries can use when revising their nationally determined contributions (NDCs) to climate change action such as opening trade in environmental goods and services, improving cooperation on carbon measurement and verification, and transforming the Aid for Trade initiative into an investment program that expands opportunities for sustainable trade in less affluent nations.

Low-cost Polio Vaccine in the Offing