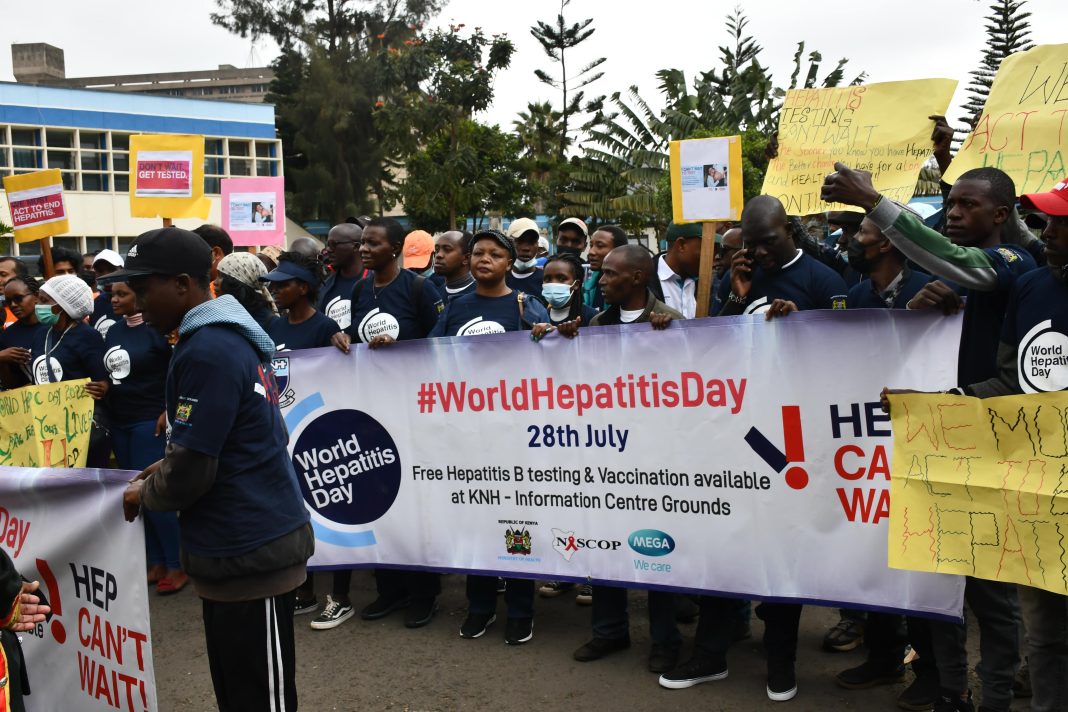 In line with the 2022 Hepatitis theme of bringing care closer to people, Kenya has been urged to decentralize healthcare services to reach people living outside urban settings where it is mostly centralized.

Otieno said decentralizing the healthcare services will give people hope in the fight against Hepatitis viruses. This coupled with affordable Hepatitis treatment will aid in the managing of the virus at early stages of infection.

He noted that it was imperative to raise awareness of Hepatitis disease since it was a silent killer if not detected and treated on time, adding that it is the cause of death of nearly 155, 000 people in Africa every year despite the availability of treatment and despite the efforts of the ministries of health.

Otieno recognized that more than 90 million people are living with Hepatitis in Africa, accounting for 26% of the global infections. “Since the virus is asymptomatic during the early stages of infection until it is too late for treatment, preventable loss of life is the tragic result,” he reiterated.

Notably, Otieno said that blood tests are revealing a high prevalence of Hepatitis B in more than 8% of the total population of 19 countries within the African region. For Hepatitis C, the prevalence in 18 countries is more than 1%.

According to the scorecard launched by WHO, Kenya has a low Hepatitis B prevalence of 1.7%, however Otieno noted that the infection is endemic in some regions of the countries some having more than 10% in hospital settings and the prevalence is high on people having HIV and Hepatitis co-infected patients.

Furthermore, he said that the country carries a high burden of chronic hepatitis B carriers of about one million people who are in need of care and treatment. He posited that the prevalence of Hepatitis C in Kenya is estimated to be about 1% among the general population and is endemic among those people who inject drugs (PWIDs) with an estimated prevalence of 22% in Mombasa and Nairobi.

He recognized that the transmission of mother to child also remains very high and was estimated to be 2.5% among children younger than 5 years in the region hence needing quick intervention from the ministry of health.

He acknowledged that Kenya is among the 14 countries in Africa that have managed to reduce the number to slightly over 1% milestone and advised that more effort be put in the war against Hepatitis.

WHO: Studies on Immunity Response after COVID-19 Recovery Still Ongoing