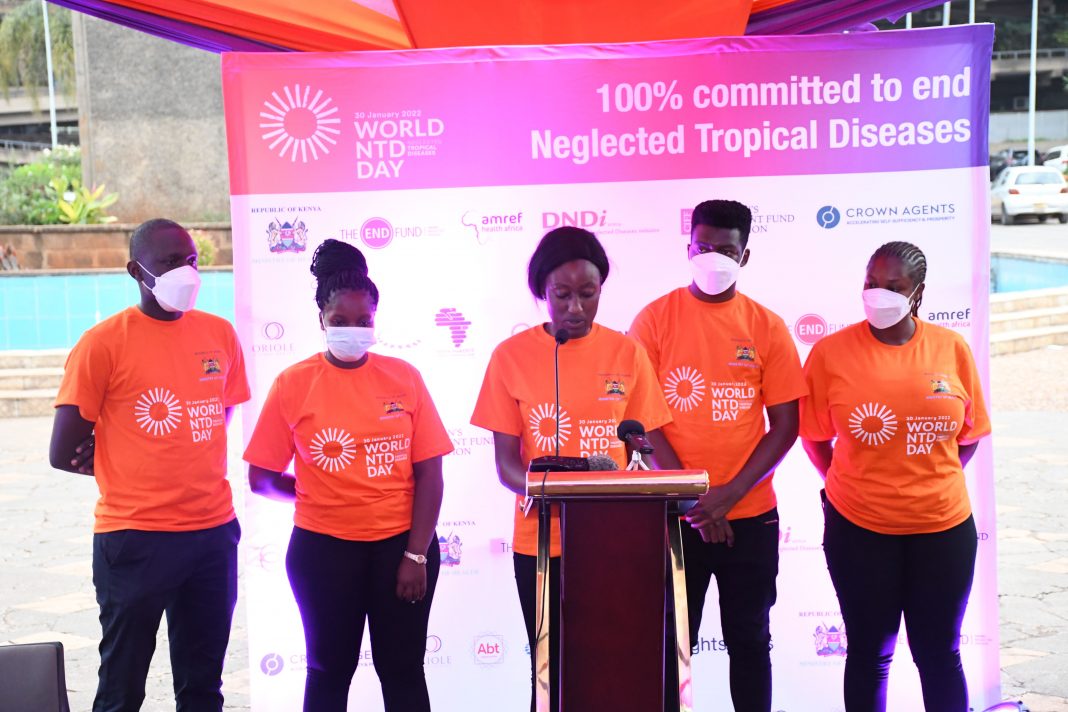 “The first time I experienced this disease was in 1997 when I was just a little boy. One of my testicles started swelling. I remember at that time, I used to love playing football. One time, I was playing football and I felt a searing pain in my testicles, it was so painful that I couldn’t even run,” narrates Justin Kiringi, a resident of Magarini, Kilifi County.

“I stopped playing and walked out of the field. By the time I reached the edge of the field, I couldn’t move. I felt as if my testicles had grown numb. My parents heard about it and I was rushed to the hospital.”

Before 2018 when Kiringi had surgery to treat the disease, he was among the 460 million Africans suffering from Lymphatic Filariasis, commonly referred to as Elephantiasis.

This is an infection that is caused by transmission of parasites called filarias through mosquitoes. The mosquitoes become infected with the parasite by ingesting blood when an infected carrier is bitten. When the infected mosquitoes bite people, the parasite settles on the skin, from where they can penetrate the body.

Lymphatic filariasis adopts asymptomatic, acute and chronic forms. Most infections are asymptomatic and have no external signs. Despite this they damage the lymphatic system and the kidneys and alter the immune system. The painful and very disfiguring manifestations of the disease, lymphedema, elephantiasis and scrotal inflammation appear later.

The World Health Organization (WHO) lists the disease among the 20 Neglected Tropical Diseases (NTDs) globally. These are a diverse group of communicable diseases that prevail in tropical and sub-tropical conditions and mainly affect the poor.

In Kenya, the disease is endemic in the coastal regions which include Kilifi, Kwale, Mombasa, Taita Taveta and Tana River counties.

During the commemoration of the World NTDs Day on 30th January, Dr. Wyckliff Omondi, Head division of vector borne and NTDs, Ministry of Health announced that Kenya is on the verge of eliminating elephantiasis by 2026.

He said Kenya had piloted a triple therapy which shortened intervention period from five years to two years in three prevalent sub-counties of Jomvu, Lamu East and Lamu West. The therapy, led to the disease being eliminated in these regions.

Dr. Omondi mentioned that since 2015, the government embarked on continuous treatment of 23 of the 26 endemic sub-counties in the coastal region. But treatment has stopped in seven sub-counties including the three where therapy was carried out and in Bura, Galole, Garsen and Taveta sub-counties, where elimination have been confirmed.

“The country geared towards the last mass drug administration (MDA) last year. But due to logistical challenges in provision of medicines, we are looking to conduct our last MDA in about 20 sub-counties this year,” he said.

“This means we need to institute surveillance of this disease and to be precise if you look at the timeline of the surveillance then Kenya needs to enter into records of ending filariasis by 2026.”

“I can assure you when we go for a transmission assessment, we will pass in all of them bringing the total number to 18. We only need to do one round of MDA and we are done,” he said.

Dr. Matendechero attributed the success of the treatment uptake to intensive advocacy and community engagement on the disease, noting that on annual basis, over a period of five years, intensive campaigns and mass treatment were being carried out in the endemic areas.

Of the NTDs that are prevalent in Kenya, the country has only eliminated Guinea-worm disease. The WHO certified Kenya Guinea-worm free in 2018 after three years with no reported cases.

Pregnancies, School Dropout -Impact of Covid-19 on Girls in Kibera