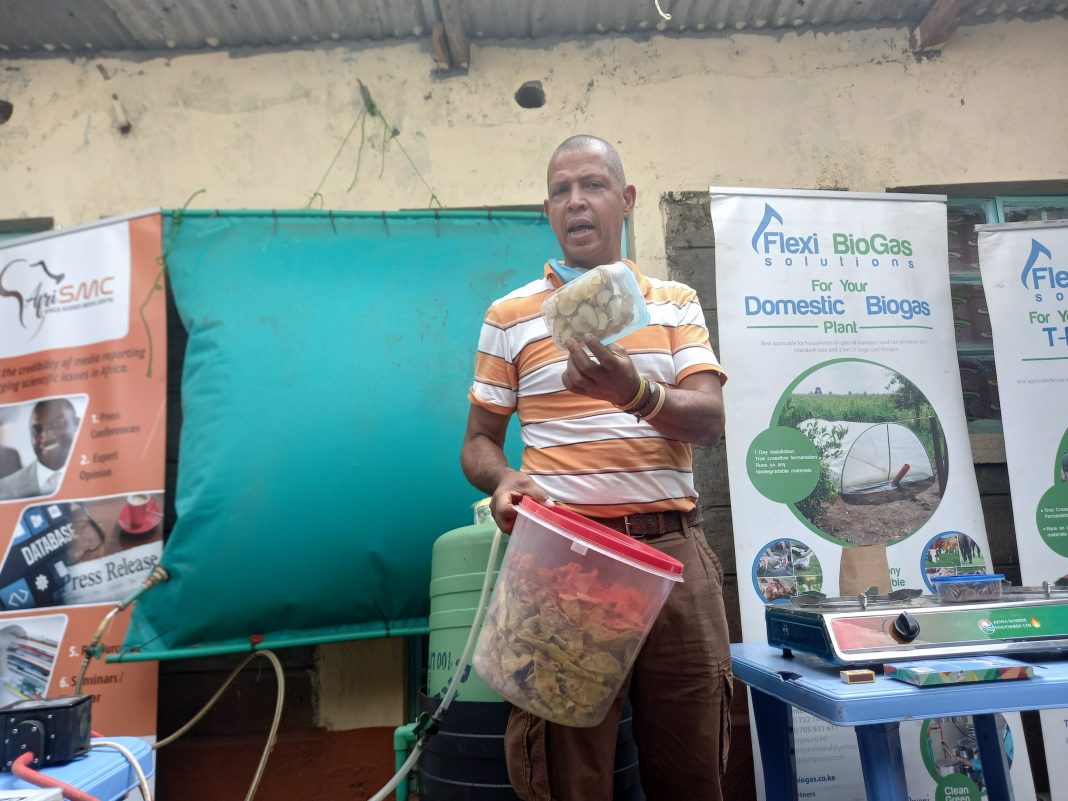 Unlike other cooking sources of energy, biogas is not given much attention despite its ability to help in attaining climate action.

“In Africa, we are losing our forests to firewood and charcoal at an alarming rate and the governments are doing nothing about it, “ he said noting that banning charcoal and not providing an alternative is not a solution.

According to a report released by Global Forest Watch in 2020, Kenya lost 17.2kha of natural forest, equivalent to 7.68Mt of CO2 emissions, an action which has highly contributed to global warming in the country.

Advocating for use of biogas, he noted that everybody mentioned the use of renewable energy such as solar at the twenty-sixth Conference of Parties (COP 26) yet solar cannot be used for cooking

Wanjihia added that biogas is probably the only climate action product that does a full circular economy around everything; from water, waste management, poverty alleviation, health food production.

He noted that the government should put some measures that will support the use of biogas targeting areas such as schools where firewood is mostly used to prepare food an act which is destroying forests due to the high demand of the firewood.

“I think it should be mandatory in schools to install biogas and it should be on the government ticket. The biggest problem with schools is that they are forced to buy firewood from suppliers and the biggest cost is transport so the suppliers are harvesting the trees immediately around the school. They don’t import and this causes mass destruction,” Wanjihia said.

He further stated that adaptation of policies that encourage biogas use will set a good example to the younger generation and highly contribute to the fight against deforestation in the future.

“If the kids grow up in schools using biogas, if they move out of school, they won’t use charcoal so you would have solved the problem in one generation, “Wanjihia said.

In efforts to ensure biogas use even in urban areas, Flexi BioGas is trying to launch an urban utility model which is set to supply users with the food stock since people in towns rarely keep domestic animals which can be used as raw material. He also added that ground market waste such as vegetables and waste from eateries can be used.

Gearing Up for Global Recycling Day