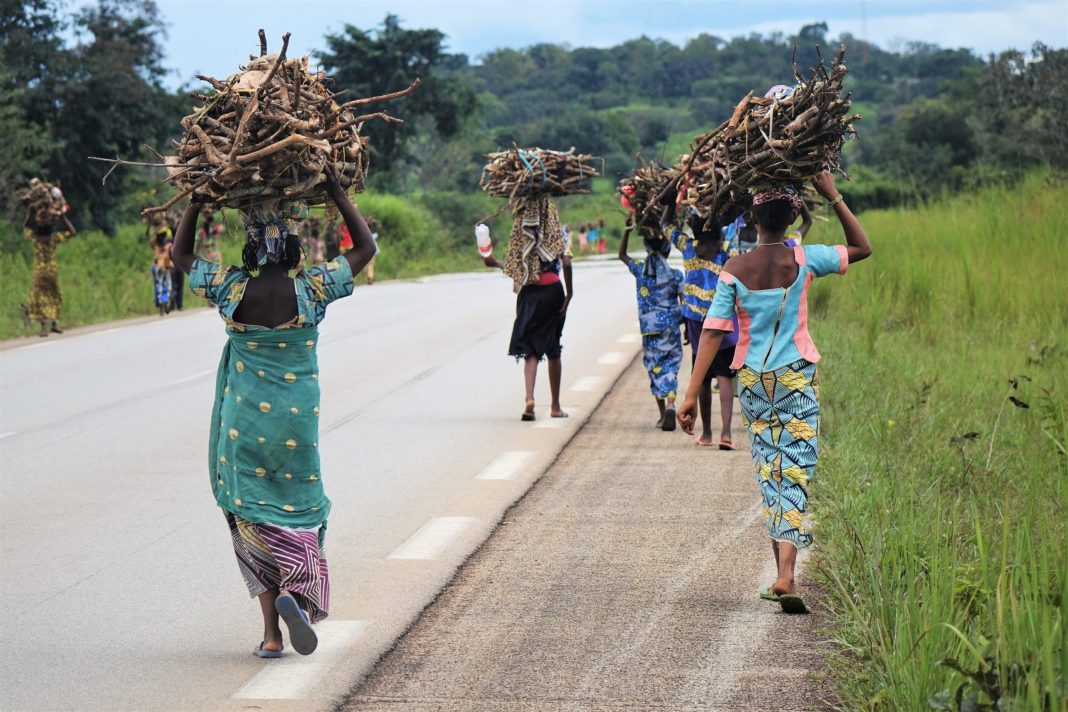 The just-ended COP 27, the fifth to be held in Africa, outlined many action plans, the gist of which is to contain emissions of greenhouse gases (GHGs) in order to stop climate change. Other Climate COPs in Africa were held as follows: Morocco (2), South Africa (1) and Kenya (1).

Governments and businesses from all over the world made their own individual pledges about what they will do to help achieve the noble goal of tackling the climate emergency.

States in particular, are required by international law, such as Article 3 read together with Article 2(1) of the Paris Agreement, to state their own nationally determined contributions (NDCs) to the global threat posed by climate change.

In that regard, every country and major businesses have agreed to work towards holding the increase in the global average temperatures to well below 2°C above pre-industrial levels and pursuing efforts to limit the temperature increase to 1.5°C above pre-industrial levels in order to significantly reduce the risks and impacts of climate change as outlined in Article 2 sub article (1) of paragraph (a) of the Paris Agreement.

Kenya’s NDC, for example, commits to abate GHG emissions by 32% by 2030 relative to the business as usual (BAU) scenario of 143 MtCO2eq and in line with its sustainable development agenda and national circumstances. The timeframe it has given itself for fulfilling its NDC promises is 2030, with milestone targets at 2025, which is just two years away. How Kenya is fairing in terms of moving towards its set goals will be the subject for my next article.

The major GHGs include Carbon dioxide (CO2), which is mostly produced by anthropogenic (human) activities such as burning of fossil fuels and deforestation; Methane (CH4) produced by anaerobic decay of organic material in landfills, wetlands, and rice fields; enteric fermentation in the digestive tracts of ruminant animals such as cattle, goats, and sheep; manure management; wastewater treatment; fossil fuel combustion ; and leaks from natural gas transportation and distribution systems and abandoned coal mines; Nitrous oxide (N2O)caused by fertilizer use, animal waste management, fossil fuel combustion, and industrial activities; and Hydrofluorocarbons (HFCs) and perfluorocarbons (PFCs)which are synthetic chemicals that are used in a variety of industrial production processes.

The total cost of implementing mitigation and adaptation actions in the Kenyan NDC is estimated at $62 Billion. Kenya has committed to mobilize resources to meet 13% of this budget, and seek international support for 87% of the budget.

This is a tall order given the challenges facing global climate financing for mitigation, adaptation and loss and damage. For instance, the $100 billion-a-year pledged for mitigation and adaptation in poor countries by developed nations has never been honored in full and may not be soon if the geo-political implications of the Russian war against Ukraine and its impact on global food, feed and energy supply are anything to go by.

Kenya and other Global South countries, which are the most affected by the effects of climate change: floods, excessive heat, drought, crop failure, resurgence of diseases, among others, ought to think outside the box.

They must find innovative ways to achieve their climate objectives even as they continue to pressurize rich States to do more to pull humanity back from the brink of climate-instigated Armageddon.

The Global South, where about 70% of the population are peasant farmers, could borrow a leaf from New Zealand where the government has announced plans to work with communities on developing a carbon sequestration strategy.

Under this strategy, scientifically robust forms of on-farm carbon sequestration will be recognized from 2025 and entered into the Emissions Trading Scheme (ETS) thereafter. This means that farmers will be able to claim credit for carbon sequestration under the ETS even as the country’s Climate Change Minister, James Shaw, threw in some healthy caution by admitting that ‘there is still more technical work to be done’.

Even so, New Zealander experts, who spoke to the country’s Science Media Centre, are optimistic that the plan will work. Commenting on the strategy, Professor Dr Sebastian Leuzinger of the Department of Environmental Science, School of Science, Auckland University of Technology, said “In terms of re- and afforestation, most of the tools are there, and while the methods to assess Carbon sequestration, particularly in the soil, are still improving, they have not been the bottleneck holding back the inclusion of Carbon sequestration processes into the ETS.”

The plan to encourage farmers to plant trees in their farms, along the hedges and along the roadside and pay them for it, should be very appetizing to developing countries like Kenya, for example. This is because more trees in homesteads and farms will not only contribute towards fulfillment of the country’s NDCs but will also solve the crippling crisis of fuelwood shortage which the government has no known viable response to.

The fact is that 90% of rural households in Kenya use biomass fuels for cooking and heating yet not enough is being done to ensure sustainable supply of fuelwood in the country.

According to a report by the International Institute for Environment and Development (IIED), biomass energy provides 68% of Kenya’s overall national energy requirements and it is expected to remain so for the foreseeable future.

Indeed, it is not uncommon to see young girls roaming the village thickets and farms, in search of scarce firewood. Besides, boys, who have dropped out of school, or, are still in school but want to make money, also crisscross fields, valleys, hills and, river banks cutting down indigenous trees for charcoal and firewood that they sell to needy homesteads.

The result of this is loss of homework and study time, cannibalized fences, mowed trees/bushes, destroyed biodiversity, and dropped schooling. This high rate of extraction and inefficient use of biomass has rendered it a non-renewable source of energy in developing country situations although it shouldn’t be.

Taking a leaf from the New Zealand plan, Kenya’s national biomass energy policy objective should be made sharper and not mixed with other things as it is now.

The research aspect of the biomass emphasized by both the Energy Act 2019 (Section 75) and the Energy Policy (especially the Sessional Paper No. 4 on Energy of 2004) is commendable but more needs to be done in terms of promoting and incentivizing tree planting by farmers to ensure sustainable supply of fuel wood even as the country strives towards adoption of clean cooking energy in homesteads to help reduce health burden (especially upper respiratory diseases associated with use of firewood) and climate change impacts through carbon sequestration.

This is where the New Zealand strategy comes in handy: more people will certainly grow trees if they know they will earn the-much-needed-cash from it through ETS.

In addition, biomass is one form of energy that should be clearly devolved both by legislation and by constitution so that county governments can take more responsibility as opposed to the current scenario where Part V of the Energy Act 2019 puts the responsibility squarely on the Energy Cabinet Secretary under the national government.

Honorary Professor Troy Baisden, Motu Affiliate, Te Pūnaha Matatini Principal Investigator, and University of Auckland School of Environment, told the New Zealand Science Media Centre (smc@sciencemediacentre.co.nz) “The path forward acknowledges that it is scientifically possible to measure and give credit for carbon sequestration on farms. The problem is that the costs of measurement may exceed the value of the carbon sequestered. If the problem is solved, that will happen through improving methods and technology. It may also help farmers fund their pathway forward under climate change regulations.

“Today’s high carbon prices ($86 per tCO2e today) and further rises may spur some technology development. Some may result from new technology, such as satellite remote sensing. These sensors have advanced rapidly, recognizing faces on iPhones, and contributing to progress on self-driving cars. Other advances may depend on models, which are increasingly used in voluntary carbon markets but aren’t trusted unless verified with measurements. Restoring wetlands is an important opportunity that lacks well developed methods applicable across the entire country.”

Kenya being one of the African countries with advanced remote sensing techniques, geophysics and space science capabilities, understudying and emulating New Zealand to make Kenyan farmers smile while also tackling the dreaded climate change, should not be an uphill task for it, especially if there is political will and backing. For where there is strong political will and support, there is always a way.

The Writer is an expert in Energy and Climate Change Law at Science Africa (daniel.otunge@gmail.com)