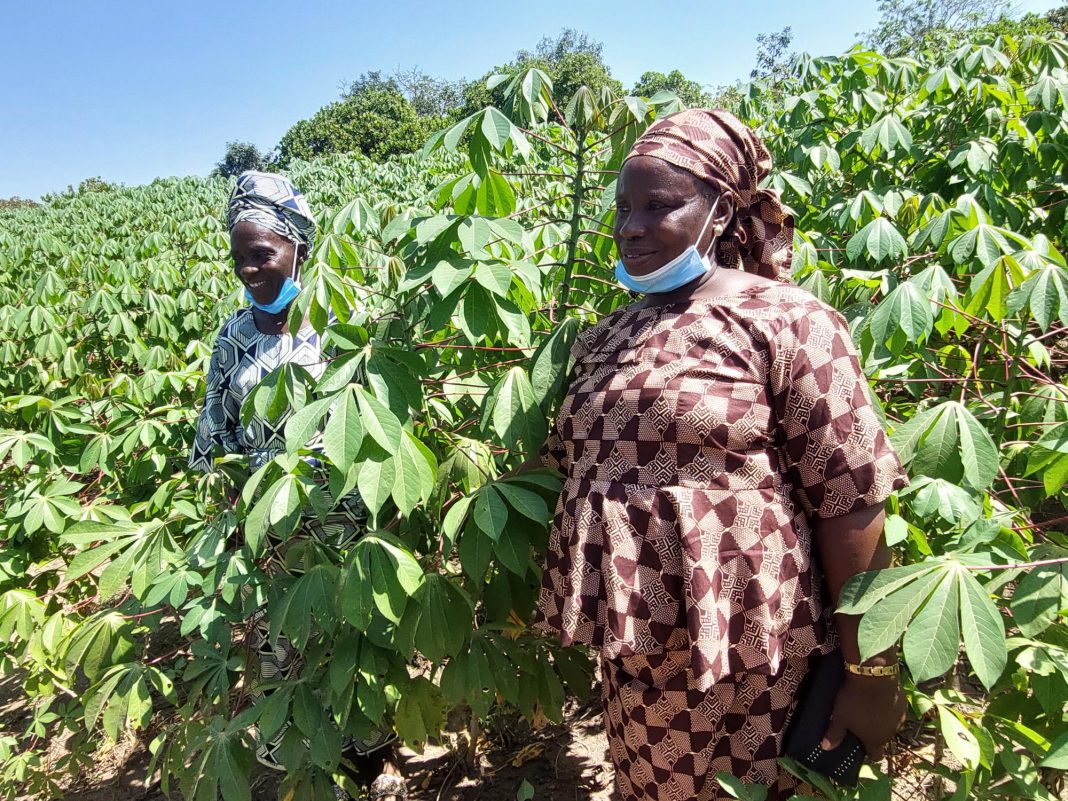 In an effort to restore the seed systems and create jobs in local communities in Nigeria during this post COVID-19, the GIZ-funded Cassava & Maize Value Chain Project has established 60 cassava commercial seed entrepreneurs in Ogun and Oyo state to help this come to fruition.

The project, which is under the Green Innovation Centers of GIZ was created in response to the economic fragility due to COVID 19 pandemic which hurt the seeds system of several crops including cassava; and the livelihoods of millions of farmers especially women and youth that depend on the root crop.

Using the BASICS model, researchers screened and selected the commercial seed entrepreneurs and linked them to IITA GoSeed—an early generation seed company at the International Institute of Tropical Agriculture (IITA)—for the procurement of healthy cassava seeds of improved varieties.

“We are glad that the project is establishing a sustainable seed system for cassava in these key states (Oyo and Ogun), serving as a model to other states,” Dr Godwin Atser, IITA Project Leader of the Cassava & Maize Value Chain Project said.

Last farming season, prices of cassava stems rallied to a record high of N1500 per bundle, up from N400. Prices were partly driven by increased demand for improved varieties from growers and disruptions caused by COVID 19.

The Cassava & Maize Value Chain project working with resource-constrained farmers facilitated the planting of over 1.2 million of improved cassava cuttings on 60.95 hectares.

Mr Patrick Akpu, the Project Support Officer, attested to the farmers’ joy when full packaged trainings were conducted. In his words, “the farmers applauded the project as one of the best things that has happened to them as it is very practical and involving.”

In 2020, demand for improved disease-free cassava stems was between N6 billion to N10 billion after the Central Bank of Nigeria okayed the use of improved stems.

“With the cassava seed farm, I have the option of expanding my hectarage as well as selling stems to other farmers in alignment with National Agricultural Seed Council (NASC) standards,” she said.

“Besides, I am so excited because my cassava fields are looking great,” she added.

Last year, Mrs Solomon was among those that were looking for improved stems to buy after she partook in the GIZ Farmer Business School. Before onboarding Mrs Solomon and several of her colleagues, the Project trained the seed entrepreneurs on weed control using the Six Steps to Cassava Weed Management & Best Planting Practices toolkit. The capacity building efforts contributed to the success of Mrs Solomon and her colleagues.

How Fishing Activities, Poaching are Fueling Decline of Sea Turtles in the Kenyan Coast

AstraZeneca: Scientists find Cause of Blood Clotting after Vaccination

Healed by the Sun: Solar Energy Lights the Way for Quality Rural Health in East...