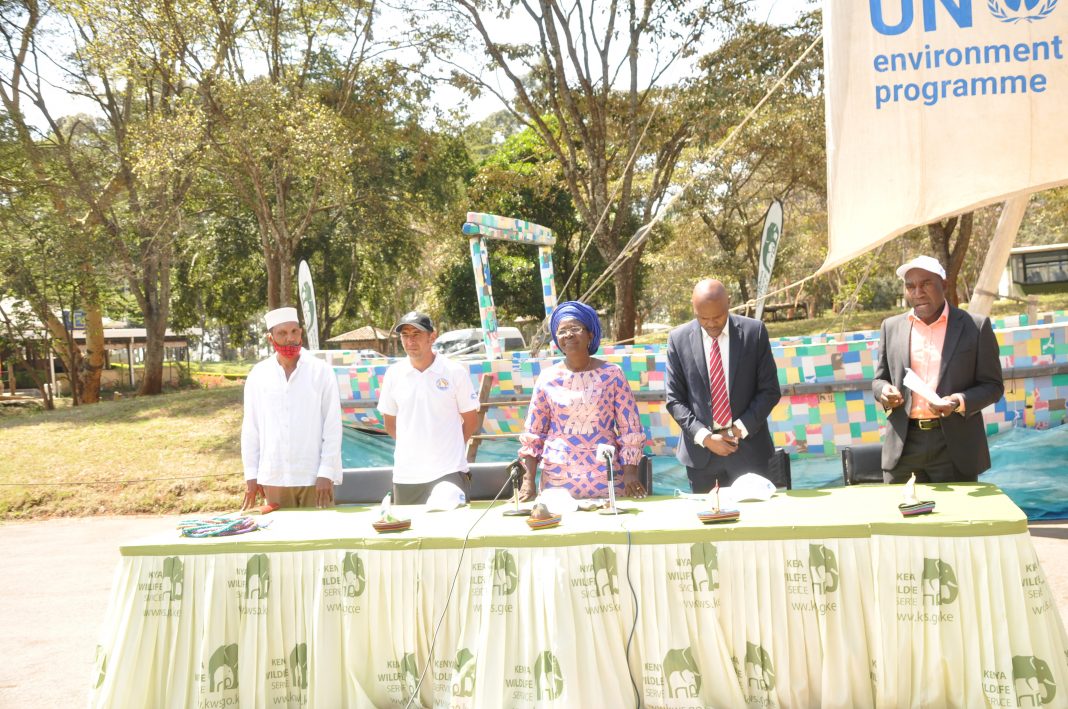 The Flipflopi, world’s first boat that is made entirely from plastic waste, is set to sail across Lake Victoria to raise awareness about plastic pollution across the East African region.

The Lake Victoria expedition which will begin in January of 2021, comes nearly 18 months after the Flipflopi made its first historic journey from Lamu, Kenya to Zanzibar, Tanzania.

Part of the activities during the trip include highlighting the impact of pollution on this vital ecosystem, and engaging governments, business leaders, community leaders, conservationists, and students on viable solutions for the pollution menace.

“The purpose of our next expedition is to take our message ‘upstream’, from our coastal home in Lamu, to our brothers and sisters across Kenya, Tanzania, and Uganda, who are living on the fringes of Lake Victoria,”said Ali Skanda, co-founder of the Flipflopi Project in a statement.

“Our hope is that this expedition will bring much-needed attention to and action on the catastrophic pollution plaguing the most critical freshwater ecosystem in the region.”

Speaking in a Nairobi press conference where the expedition announcement was made, Juliette Biao Koudenoukpo, Director and Africa Regional Representative, United Nations Environmental Programme (UNEP) said: “The Flipflopi expedition to Lake Victoria takes a simple but critical message to the attention of governments, local authorities, stakeholders and communities in the region – save Lake Victoria before it is too late.”

She added that many people’s livelihoods were at risk due to the destruction of this vital water source and urged for urgent action to reverse the environmental degradation that is having a grave impact on the Lake and all those who rely on it for their livelihoods.

Lake Victoria has been under increased pressure from mismanaged waste and pollution that has had drastic impact on the health of communities and threatened the lake’s survival. So dire is the situation, that a study conducted on the southern shore found plastic in 20 percent of fish.

The expedition is supported by the governments of Kenya, Uganda and Tanzania, UNEP, French Development Agency (AFD), UN Live as well as private sector entities including Waterbus.

The initiative is accompanied by a petition calling on all the East African Community Member States to reach a regional consensus on banning of non-essential single-use plastics.

The 10m long boat will arrive in Kisumu on 22 September and will be hosted at the Kenya Wildlife Service (KWS) Impala Park, where it will be open to the public for a period of three months.

“We are delighted to support the Flipflopi expedition in the fight against plastic pollution across the country and region” said Edwin Wanyonyi, KWS Director of Strategy and Change.

“This partnership and hosting of the Flipflopi dhow at our premises compliments our resolve to implement the ban of single-use plastics in our protected areas. This expedition continues to show what we can do and achieve when we join our efforts.”