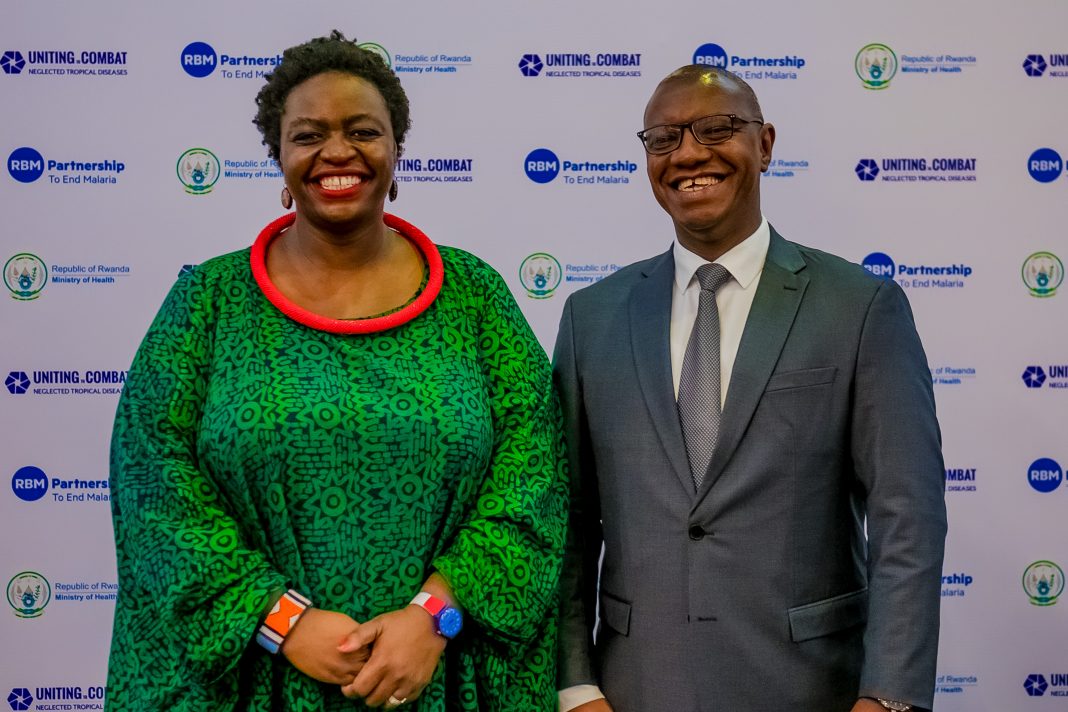 With Malaria and Neglected Tropical Diseases (NTDs) thriving in areas of poverty and affecting the most vulnerable-women, children and remote, underserved communities- the Government of Rwanda will host a global summit on these deadly diseases.

The Summit will be held on 25 June, 2020 at the sidelines of the Commonwealth heads of Government Meeting (CHOGM) in Kigali. It is expected to bring together heads of state of countries that represent almost two-thirds of malaria and NTDs burden, as well as major donors and partners.

According to Dr. Diane Gashumba, Rwanda’s Minister of Health, it is unacceptable that billions of people around the world continue to suffer and die from malaria and NTDs yet these diseases are preventable, treatable and curable.

“The incredible progress against malaria and neglected tropical diseases is proof of what can be done with the resources at one’s disposal, relevant policies, and a great deal of commitment. We can-and-must-do more to ensure our youth, our communities and our countries aren’t held back by these diseases of poverty and inequality,” she said.

Whereas, over 1 billion people have benefited from large scale treatment for at least one NTD in the last three years, almost 600,000 lives are being saved from malaria and 100 million malaria cases are being prevented compared to the year 2000 level.

This progress has been made possible by political leadership, innovation and increased funding to expand health care access at the grass root level.

With Commonwealth countries making up over half of all malaria cases and deaths globally, Dr. Abdourahmane Diallo, Chief Executive Officer of the Roll Back Malaria (RBM) Partnership to End Malaria, one of the two major diseases coalitions supporting the Summit said: “The Kigali Summit will be a crucial moment for leaders to take stock of the progress countries are making towards delivering on the Commonwealth leaders’ commitment made in London two years ago to halve malaria by 2023.”

Noting the importance of the commitment, he added that 650,000 depended on its achievement and that it was vital to the global elimination targets set for 2030.

The 2030 targets also include reduction of malaria burden by 90% and eliminating the disease in at least 35 countries that had malaria in 2015.

“We will be urging leaders from across the Commonwealth, and beyond, to accelerate action to reach zero malaria,” he said.

With NTDs being allocated a global healthcare funding of 0.6%, an NTD Declaration is an expected outcome at the Kigali Summit.

It will galvanize countries to deliver political commitments and to mobilize new financial commitments of US$ 1.5 billion to accelerate progress towards the total costs of delivering the upcoming World Health organization NTD 2030 road map.

Observing that 2020 will be a monumental year to set the global agenda and power the progress against NTDs which affect one in five people in the world, Thoko Elphick-Pooley, Director of Uniting to Combat Neglected Tropical Diseases said: “It starts in Kigali, just ahead of the first ever World Day for Neglected Tropical Diseases on 30th January and will lead us to the launch of the upcoming World Health Organization’s NTD 2030 road map in June and a global response.”

“I hope that by the end of this year we can truly say we have secured the necessary political will and leadership to ensure that these diseases can no longer be neglected. We have a real opportunity for action and success. We call on partners to join our global movement on NTDs,” she said.

The Summit will follow the first ever World Neglected Tropical Diseases Day on 30th January, 2020.

In addition to the Host Government, the RBM Partnership to End Malaria and Uniting to Combat the NTDs, the Summit is supported by a wide range of partners, including the African Leaders Malaria Alliance, the Bill & Melinda Gates Foundation, the END Fund, Malaria No More UK and the World Health Organization (WHO).

A year family planning contraceptive confirmed for use