The Lancet Commission’s report on Tuberculosis provides a much-needed framework for delivering on the political commitments made by Heads of State and Government in October last year at the United Nations High-Level Meeting on Tuberculosis.

“The Lancet Commission on TB is a welcome reminder that we should all feel outraged about the unmet needs of those who are at highest risk of developing TB,” said Prof.Gavin Churchyard, group CEO, Aurum Institute and one of the Lancet commissioners . “It’s now time to take the evidence we have in hand and match it with the required political and financial commitments.”

The report recognizes that TB preventive therapy can be an effective intervention to reduce TB incidence globally. It discloses that preventive treatment of TB infection could interrupt the cycle of infection, illness and death related to the disease by reducing population-level transmission.

One such preventive treatment is the 3HP. Recent evidence from a study presented at the Conference on Retroviruses and Opportunistic Infections (CROI) shows that 3HP, can safely be co-administered with dolutegravir (DTG), the first-line drug to treat HIV in many high-burden TB countries.

“The report is quite strident in recognizing that our failure to implement TB prevention strategies is one of the key reasons we still have not made enough progress against TB,” said Prof. Churchyard . “Unless we quickly tackle the seed bed of the epidemic—latent TB infection—we stand no chance of removing this health hazard from impoverished communities around the world.”

If left untreated, latent TB infection can develop into active TB disease—the form of TB that makes people sick and is capable of being transmitted from one person to another.

The World Health Organization (WHO) estimates that about one quarter of the world’s population has TB infection and have a 5-15 percent lifetime risk of falling ill from TB. That risk is however much higher in children under the age of five and people living with HIV—who are 20 to 37 times more likely to move from latent infection to active TB.

To date, the global approach to treating latent infection has largely failed, but recent studies looking at new short-course preventive therapies offer hope. People taking shorter drug regimens are up to three times more likely to complete their course of latent TB infection therapy than those on longer regimens—leading to better outcomes.

The findings of the Lancet Commission, as well as the recent study on 3HP are particularly relevant to Africa, where in 2016, 2.5 million people fell ill with TB, accounting for a quarter of new TB cases worldwide. While an estimated 417,000 Africans died from TB in the same year, it caused 40 percent of HIV deaths.

Other than TB prevention, the report highlights the need for a comprehensive response to the TB epidemic which includes ensuring that high-quality diagnostics, prevention and treatment are available to all.

Beyond intensifying current, proven approaches, the report also recognizes the need for new and better tools to fight TB and emphasizes the need to significantly increase our global investments in TB research and development — from USD 772 million per year in 2017 to more than 2 billion per year during the next four years. 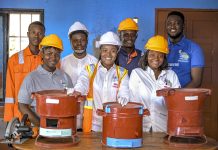 Average Rainfall Expected over Most Parts of Kenya