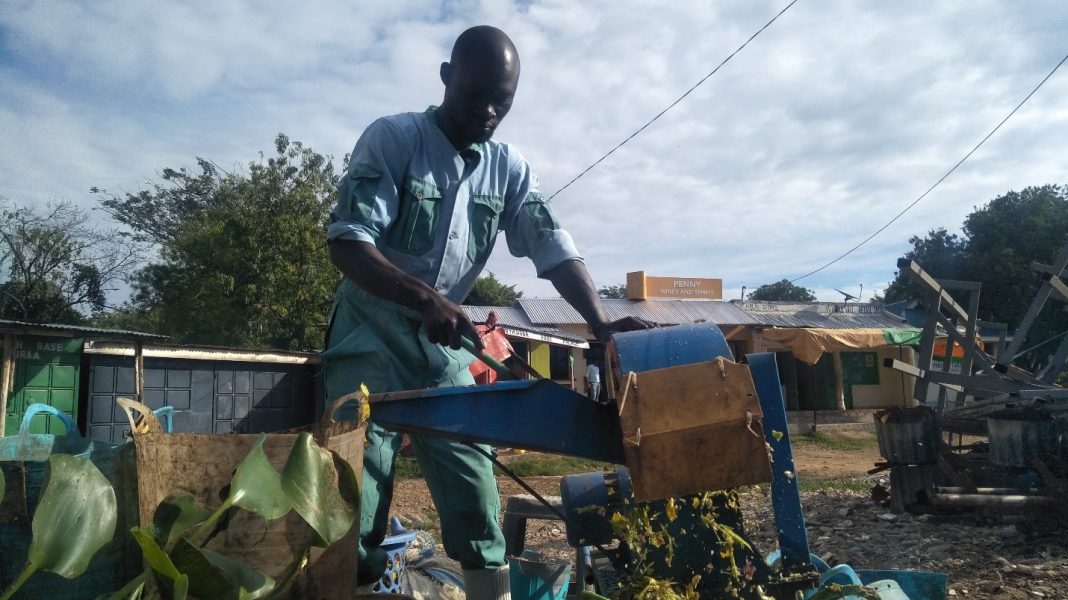 Lake Victoria’s Dunga beach in Kisumu County is highly regarded for fish eating and boat riding escapades. The beach provides a scenic view of the Lake, with people of all walks of life trooping to the shore, especially during weekends.

Unlike several years ago, the beach is now awash with ‘hotels’ and eateries where holiday makers get a bite or a drink, as they go about their activities, including watching the beautiful rising and falling of the blue-water-waves in the fresh water body.

The number of hotels in Dunga started rising from 2019, after the Kenya Railways Corporation demolished fish-eating eateries at the famous Lwang’ni beach to pave way for expansion of the Kisumu Port.

With the rising number of hotels, comes the challenge of managing tens of kilograms of waste drawn from food leftovers courtesy of these food joints. Under this breadth, an environmentalist is now turning food leftovers, otherwise known as kitchen waste into bio-gas for cooking, thus improving sanitation along the Lake front.

Enock Owuor works for Biogas International, which specializes in manufacture and installation of bio-gas digesters for biogas production, for both domestic and commercial purposes.

The 30-year-old Owuor studied environmental science, hydrology option at the University of Eldoret, graduating in 2016. In 2018; he fully immersed himself into the high waters of ensuring sanitation in Dunga and Lake Victoria, through production of biogas, initially using water hyacinth and cactus, and now via kitchen waste.

He is the supervisor at Biogas International Limited’s Dunga site. “When we install the system for the first time, the first thing to be fed in is cow dung. The cow dung brings anaerobic bacteria which will be doing the actual digestion of the feedstock,” says the environmental conservationist.

“The feedstock is any organic matter you can fill in the biogas digester system and get the gas. Like the case of here in Dunga we have restaurants around which we collect the food remains and the kind of market waste like tomatoes, onions, kales (sukuma wiki), banana peelings and mangoes among others. You collect those ones and shred them. The system is like a human stomach where you have to chew food. Shredding is like chewing where you have to break them into smaller particles then you add water at the ratio of 1:1,” he added.

The system already has bacteria from the initial feeding of cow dung. The feedstock then goes through four stages, namely; hydrolysis, acidogenesis, acetogenesis and methanogenesis to produce methane gas.

“Methanogenesis is a biological reaction whereby acetic acids are converted into methane, few traces of hydrogen sulphide, carbon dioxide and sulphur. Methane gas is the highest in percentage of between 80%-90%. At this stage, methane gas is collected. That is what burns; that is what can produce power, that is what can be used for brooding. The remaining bit, which is regarded as waste is very good organic manure for organic farming practices.”

Owuor stated that they have connected domestic bio-gas systems to 50 homes in Dunga beach community, in initiative that was sponsored by various partners.

Margret Khadudu is over 75 years old. She is among those with the biogas system in their homes, free of charge.

The system was installed in her home over two years ago, and she has all the good things to say about it. “It is good. It is free of charge. It cooks food faster. It has no smoke, I really love and enjoy using it,” she said.

Her sentiments were echoed by his son, Amos Ngowe. “We no longer use firewood which means we can now conserve the environment by not cutting down trees. The gas has no smoke; you can cook with it any time of the day or night.  There are no costs and our only duty is to fill the digester with waste,” added Ngowe.

Those who can’t get enough market or kitchen waste to feed the system can use cow dung, chicken droplets, or goat and sheep droplets in order to maintain a free flow of the gas.

Maurice Misodhi, Vice Chairman-Dunga Beach Management Unit (BMU), applauded Enock Owuor and the other two guys he works with, for improving sanitation at the beach. “They are doing a great job. Before the biogas project, we had a lot of dirt and litter around Dunga, but now it is a very clean place,” said Misodhi.

According to Owuor, their intention is to show residents of Kisumu and Kenyans at large that respiratory diseases caused by use of charcoal and firewood can be drastically reduced by use of biogas. “We are also telling people that things like market waste and food remains can be used for biogas production.”

The collection of kitchen waste is done on a daily basis. The quantity of what they collect increases during weekends, because the beach is always a beehive of activity and people during weekends.

“These people could have been throwing these things in the Lake, in the end making bacteria to thrive. Additionally, this place would be stinking if food remains were to be thrown around. We collect every morning, apart from Sunday,” said the environmentalist.

Christine Aluoch works at one of the hotels in Dunga. She is of the opinion that the biogas initiative has done better in terms of maintaining sanitation at the beach. “This place is very clean because the waste is being managed by Enock and his colleagues,” she said.

As an employee of the Biogas International Limited, Enock gets paid for what he does. He however indicated that what he does is much pegged on his passion, as compared to the payment.

He said they have installed commercial biogas systems in various institutions around the Country, among them Moi University in Eldoret and Pwani University at the Coast. Talks are ongoing to have the system installed in Maseno University.

The systems cost over Sh80, 000 for the domestic one, and over Sh1 million for the commercial one, depending on the length.  The cost is inclusive of the digester, piping, installation and the burner.

Going forward, Owuor says, they are planning to start shredding plastics into powdery form, mix with clay to come up with interlocking bricks for construction. “By doing this, we will be saving the environment and saving the soil for agricultural purposes because there will be no need of making bricks direct from the soil.”

Some of the challenges they face are financial constraints making it difficult for them to rapidly expand the technology in Kenya; lack of technical knowhow among most Kenyans, which forces them to be around to monitor the systems after installation, and lack of tax exception for green energy equipment.

He said most of the equipment they use are assembled locally, but apparatus such as the digester has to be imported.

Kisumu Governor Anyang’ Nyong’o and Devolution Cabinet Secretary Eugene Ludovic Wamalwa, are among high profile people to have paid him a visit. Nyong’o’s visit resulted in a Memorandum of Understanding (MoU) with the Kisumu County Government.

The County gave them land to set up a biogas system in Ahero, which will maintain the waste within Ahero market. Having mentored three people so far, Enock said, going forward, his aim is to teach so many others the technology for it to penetrate all the 47 Counties. 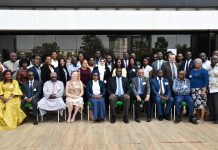 Save Vultures from Extinction