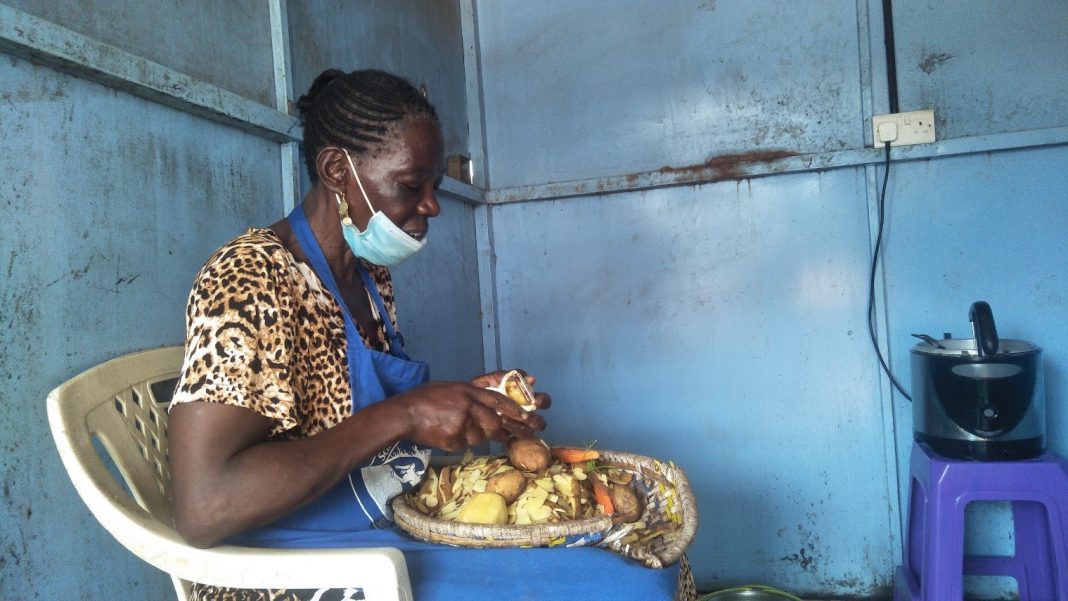 What started off as a High School science and engineering fair competition idea way back in 2016 is turning out to be a game changer in environmental conservation in Kisumu.

Backed up by two form four students, Richard Arwa, then a teacher at Mudhiero Secondary School in Siaya County, presented an idea of recycling water hyacinth into bio-fuel.

Their project ticked all the boxes, giving them a deserved chance to go all the way to the National science and engineering competition. In the process, the project attracted attention of the National Environment Trust Fund’s superiors, who decided to support the innovation to turn it into a business.

The rest is history. Mr Arwa, now the Managing Director of Centre for Innovations for Sustainable Technologies (CIST) Africa, and his team developed a prototype in 2017. In 2018, they developed their first product and did market experiment, before starting small scale production in 2019.

For all those years, Arwa and his team of six staff have been carrying out their operations in Yala, Siaya County, but have since moved to Ogango in Kisumu County. He teaches Chemistry and Biology at Kisumu Lion’s High School.

The bio-fuel making fuel process starts at the Lake, where he contracts beach boys to harvest water hyacinth. “We pay Sh7, 000 for a lorry of 7 tones which is inclusive of loading and offloading. Harvesting is done once every two weeks because of our low production capacity,” said Mr.Arwa.

Once harvesting is done, they do pre-treatment before leaves and the roots are removed from the weed. Cleaning is then done to remove micro-organisms. They then grind the water hyacinth into fine tissues, after which they break the cellulose in water hyacinth into soluble sugars using some organic chemicals.The sugars are then converted into ethanol also using some organic protons and some enzymes.

During the process, they moderate the temperature and the PH. They then get a ready matrix which is distilled into different components, one of them being ethanol that is stabilized into a strong fuel by adding some organic chemicals. Finally, they pack, brand, label and give the products to the distributor.

All the processes are conducted by locally refined and fabricated equipment. Arwa says they produce 300 to 600 litres of bio-fuel per day. A litre of the fuel goes for Sh90, while the production cost is Sh45 per litre. This means they make Sh55 profit per litre.

The fuel goes hand in hand with ethanol cock stoves which are manufactured abroad. The stove is sold at Sh3, 000, but Sh1, 500 is refunded to the customer after he fills a particular form which is sent to the manufacturer.

When the COVID-19 pandemic stroke in early 2020, they decided to come up with hand sanitizers, through the same process which brings forth bio-fuel. “We initially never thought about the sanitizer, but then we decided to purify part of ethanol and sell it as a sanitizer which was very lucrative because the price is much higher,” said the High School teacher.

A litre of sanitizer retails at Sh560. Their market segment includes low income households, refugee camps, rural and semi urban households and people who use kerosene (a litre of fuel is Sh98), fuel and firewood for cooking.

In terms of marketing, Mr. Arwa says they can’t meet the demand. “We have a ready market. I can say the market we have we do not have the capacity to supply our products satisfactorily.”

The biggest challenge however is the lack of a quality laboratory. “As such, we don’t monitor the quality progress. Some times at the end we realize that what we have is flat so we discard it,” said the innovator.

According to Arwa, the plan is to buy one or two equipment from abroad and upscale production to 12, 000 litres of bio fuel per day. Besides, they are planning to install ethanol fuel dispensers, which will in turn do away with the cost of packaging.

“Our innovation kills two birds with one stone. We reduce the population of water hyacinth in Lake Victoria by harvesting and processing it into ethanol. And we also reduce energy poverty which is rampant in Africa and Kenya by extension,” he said.

Asked what he would do if one day he wakes up one day only to find no water hyacinth in the Lake to provide raw materials, Mr Arwa says is confident that “sustainability of supply of raw materials is well catered for. There is an on- going research being done by Maseno University. They are researching on alternative raw materials. We have identified some raw materials and they are doing bulking out of seeds. They are doing the trial at Maseno University. That research is being supported by National Research Fund. We know there will be alternative. We’ve tried some and we got very good results.”

“When the water hyacinth is depleted, there are other optional feedstocks that can be used to produce the bio-ethanol or bio-gas for that matter. Typically, bio-ethanol is obtained from any ligneous material. The method of pre-treatment is then what differs. There are those that would need harsher pre-treatment and some milder conditions,” said the Professor.

“Traditionally, ethanol has been produced from food crops like corn, sugarcane, sunflower etc. However, such are not good for they compete with human food. The possible alternative feedstocks are non-food crop items such as sugarcane bagasse, potatoes peels, sweet sorghum stocks, tropical sugar beets and cassava peels. So the alternatives are many and they are scientifically promising,” she says.

The Operations Manager for CIST Africa, Edikite Ochieng is happy to be part of the center. “I am living my dream. I did renewable energy and bio-fuel technology at the Masinde Muliro University, graduated in 2018. I am practically practicing what I learnt. It pays.”

She says she uses Sh200 weekly to purchase fuel compared to when she was using a jiko (charcoal stove) when she used to buy charcoal daily. “I litre can last me 3-4 days. I can carry the stove and cook with it anywhere. No smoke comes out of it,” she emphasized.

IGAD Region: More than 35M Projected to be Food Insecure