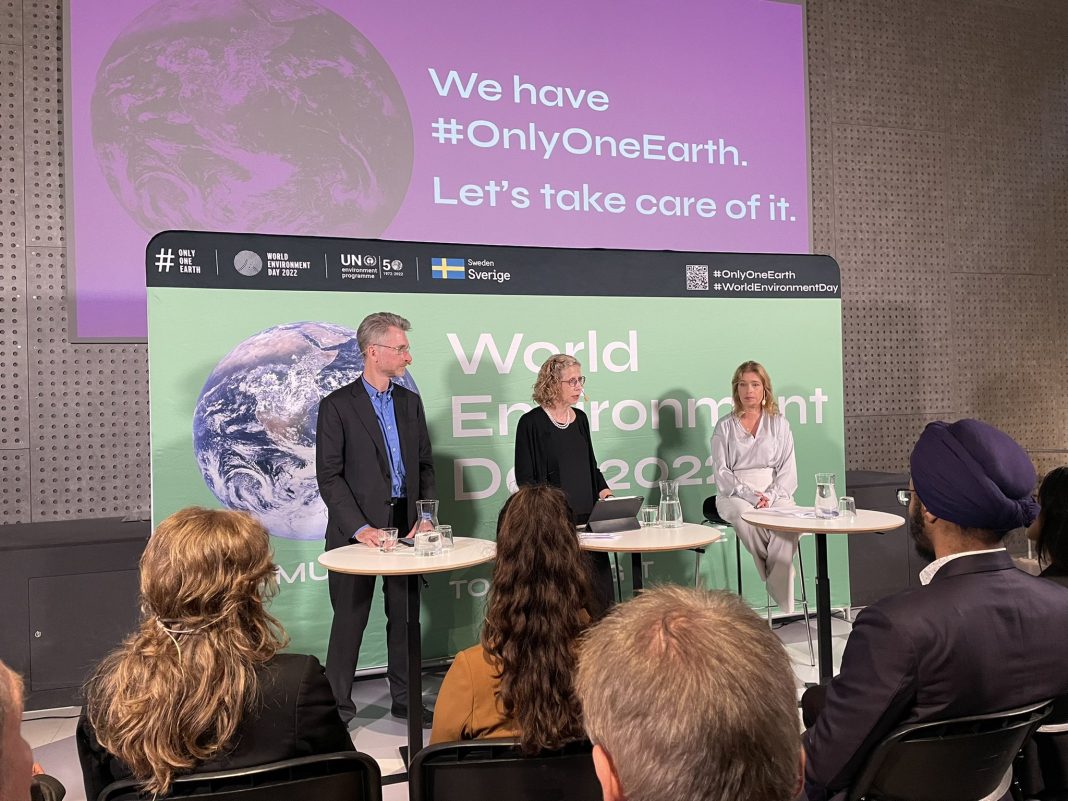 World Environment Day, marked on 5th June, was celebrated with renewed calls to protect the planet from further destruction and action against climate change.

“The triple planetary crisis is accelerating, and why? Because we consume at the rate of 1.7 planets a year. We have only one Earth. We have to accept that we’re not doing enough to protect it,” Inger Andersen, Director, United Nations Environment Programme (UNEP) said.

” We know what to do. End our addiction to fossil fuels. Restore nature to its full glory. Transform our food systems. Make our cities green, liveable and low-carbon. And we can do it – as one people, living on one Earth.”

Andersen noted that there is need to take action against the world’s consumption which is leading to the triple planetary crisis- climate crisis, nature loss crisis, and the pollution and waste crisis.

Additionally, Andersen called on young people to hold leaders to account on the promises they have made on environmental issues and to demand environmental rights while battling disinformation and misinformation with facts and science.

With official celebrations being held in Stockholm and the host country Sweden announced a ban on issuing new licenses for the extraction of coal, oil, and natural gas from 1 July this year to protect people and planet.

Annika Strandhäll, Sweden’s Minister for Climate and the Environment, said, “Making the green jobs of the future by accelerating the climate transition is one of the top priorities for the Swedish government. As part of our efforts to implement our climate ambitions, we must take actions against activities that have a negative impact on our health and our environment.”

“Our message to the global community is clear. The winners in the global race will be the ones that speed up the transition, not the ones that lag behind and cling to a dependency on fossil fuels,” she added.

2022 marks the 49th time World Environment Day has been celebrated. It was established following the UN Conference on the Human Environment in Stockholm in 1972, and is celebrated annually on 5 June, with a different country hosting it each year. This year’s theme – #OnlyOneEarth – mirrors the theme of the first World Environment Day in 1973. It calls for collective, transformative action on a global scale to celebrate, protect and restore our planet.

“Fifty years ago, the world’s leaders came together at the United Nations Conference on the Human Environment and committed to protecting the planet. But we are far from succeeding. We can no longer ignore the alarm bells that ring louder every day,” UN Secretary-General António Guterres said in his World Environment Day message.

“The recent Stockholm+50 environment meeting reiterated that all 17 Sustainable Development Goals rely on a healthy planet,” he added. “We must all take responsibility to avert the catastrophe being wrought by the triple crises of climate change, pollution and biodiversity loss.”

From Source to Water Bodies and Dining Table: Tracking the Journey of Plastics in...

The Plight of an Ancient River in Kenya: The Degradation, Restoration of River Kisian