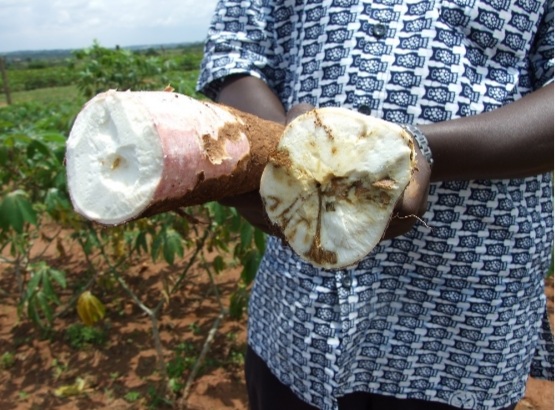 Though invasive alien species (IAS) continue to shape the global landscape through their effects on biological diversity and agricultural productivity,  the effects are particularly pronounced in Sub-Saharan Africa, which has seen the arrival of many IAS in recent years.

A survey conducted by Centre for Agriculture and Bioscience International(CABI) on nearly 200 potentially harmful alien plant species, found that 110 arthropod and 64 pathogenic species pose the greatest threat to Ghana but are not yet officially present in the country. However, they could arrive as ‘stowaways’ in cargo from other countries around the world, the scientists believe.

Among the top arthropods prioritised by the CABI team were the pink hibiscus mealybug  and melon thrips while the top pathogens highlighted include cassava brown streak virus and Maize lethal necrosis disease.

The scientists also found other species recorded in Africa that included 19 arthropod and 46 pathogenic species which were already recorded in Ghana’s neighbouring countries of Burkina Faso, Côte d’Ivoire, and Togo.

According to the International Union for the Conservation of Nature (IUCN), alien species are species or subspecies that are non-native to an ecosystem, and which may cause economic or affect human health.

They become invasive once it threatens biological diversity, food and economic security, and human health and well-being, the report reveals.

Additionally, they can cause significant economic damage through their negative effect on crop harvests and the sustainability of rural economies, thereby threatening livelihoods of hundreds of millions of people, especially in the developing world.

“We have demonstrated that through horizon scanning, a country can identify potential invasive plant pests, both invertebrates and pathogens, and use the information to determine the risk associated with each,” said Dr. Marc Kenis, Head Risk Analysis and Invasion Ecology at CABI, who led on the research.

According to the study, the pest causing the highest yield losses (USD 9.4billion) was the fall army worm. This American pest was first recorded in Africa in 2016 and has since spread to sub Saharan Africa, threatening smallholder maize and sorghum production.

Also, the report notes that plant pathogens are extremely damaging. For example, maize lethal necrosis, a disease caused by co-infection of maize chlorotic mottle virus and Sugarcane mosaic virus causing devastating effects on maize production in sub Saharan Africa was first reported in Kenya in 2011 but has since been reported in Democratic Republic of Congo, Ethiopia, Rwanda, and Tanzania.

The survey was mainly aimed at enabling prioritization of actions including pest risk analysis, prevention, surveillance and contingency plans in Ghana. The prioritization was done using an adapted version of horizon scanning and consensus methods developed for ranking IAS worldwide.

“This will enable the country to invest the limited resources in priority actions such as preventing arrival and establishment of IAS, Pest Risk Analysis (PRA), surveillance and developing contingency plans,” Dr. Kenis added.

He further noted that the study can serve as a model for future projects on plant pests’ prioritization in Africa and elsewhere, adding that it would be applicable for assessing the risk of invasive plant pests in any country or region, e.g. trade blocks, with minor modifications of the method, particularly in the mini-PRA protocol used to score species.

“The horizon scanning exercise for Ghana would give the Plant Protection and Regulatory Service Directorate(PPRSD) an insight into invasive pests which could possibly enter the Nation. The tool is timely and appropriate for conducting PRA for planning, training and future preparedness,” Prudence Antipode, Deputy Director Head Plant Quarantine Division said.

“The success of this exercise would pre-empt the introduction of these invasive pests into the country in order to protect Ghana’s agriculture, forestry and also cause staff of PPRSD to be more vigilant at the borders for these pests.”